Considering that there are millions of different animal species scattered around our planet, there are bound to be creatures that you have never seen or heard of before. From jellyfish that look like fried eggs to colorful spiders that remind you of vibrant peacocks, here are 10 Animals You Didn’t Know Existed!

Goodfellow’s tree-kangaroo, also known as the “ornate tree-kangaroo,” belongs to the same family as kangaroos and wallabies.  They look quite different from their land-dwelling cousins, and their physical features help them lead an arboreal existence.

They have smaller legs and strong forelimbs with hooked claws that help them to grasp tree limbs. They also have long tails for balance. Native to the rainforests of New Guinea, Goodfellow’s tree-kangaroos are listed as endangered due to overhunting and habitat loss. 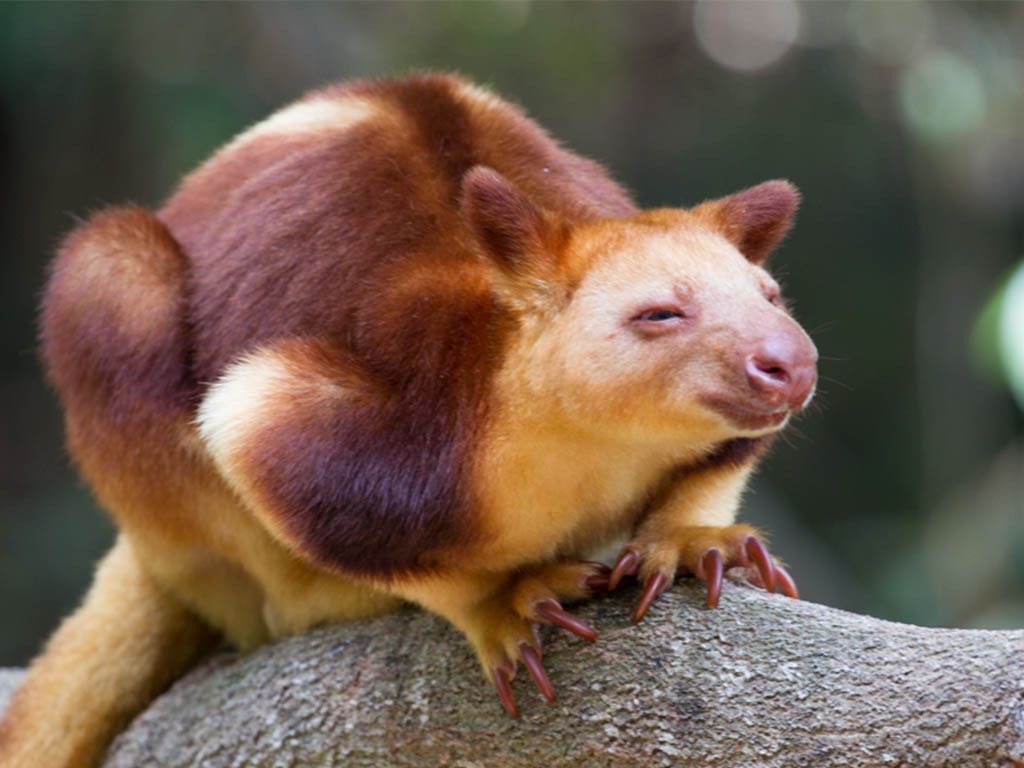 Cotylorhiza tuberculata is a species of jellyfish that looks like a cracked-open egg floating in the sea. Commonly found in the Mediterranean, Aegean, and Adriatic Seas, the fried egg jellyfish grows up to 16 inches in diameter, and it has numerous short and colorful club-like appendages.

Although it has stingers, their sting has little to no effect on humans. The colorful tentacles of the jellyfish sometimes also provide shelter to small fish in the ocean. 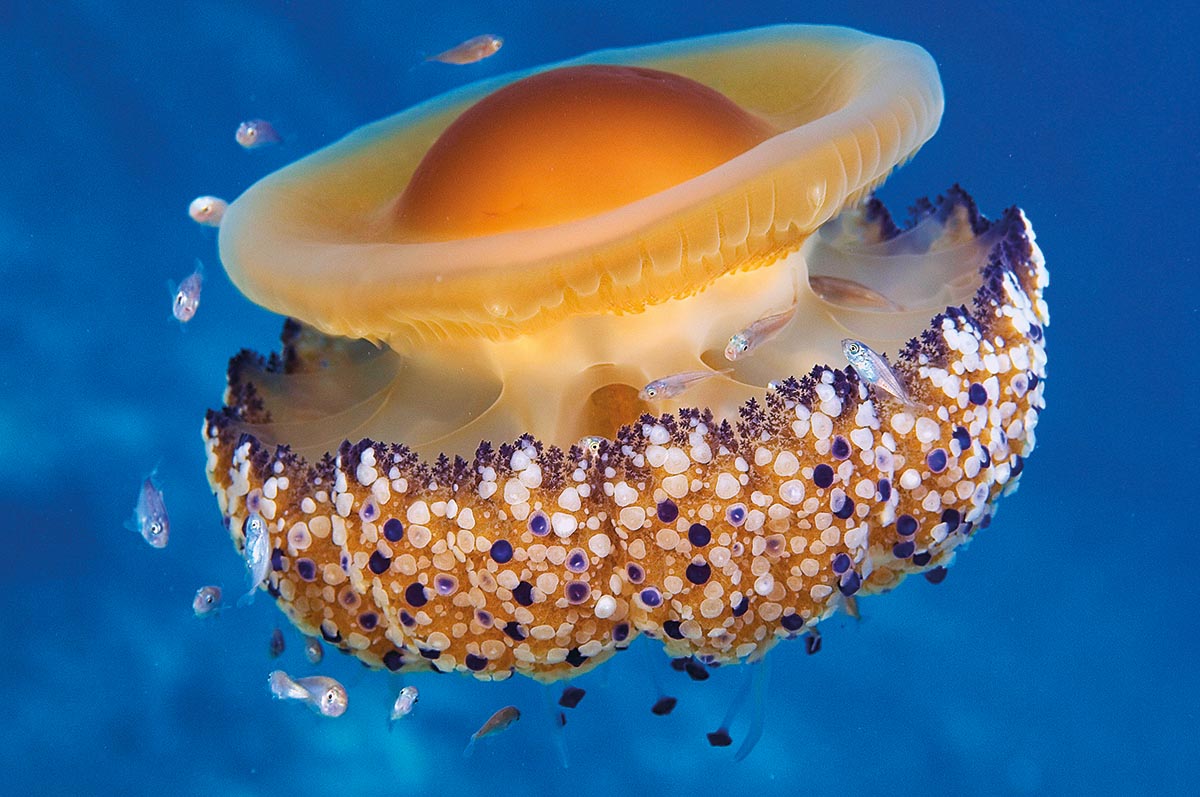 You have probably never seen a stick insect that is so vibrantly colorful. While most stick insects tend to look like actual sticks, which helps them to blend into forest backgrounds, Achrioptera manga has a striking, electric blue coloration.

Found only in a forest in northern Madagascar, A. manga is unique as the males of the species turn blue or multicolored when they reach sexual maturity. Instead of hiding in foliage, this stick insect remains visible in their environment, and it even uses its small wings to startle potential predators. 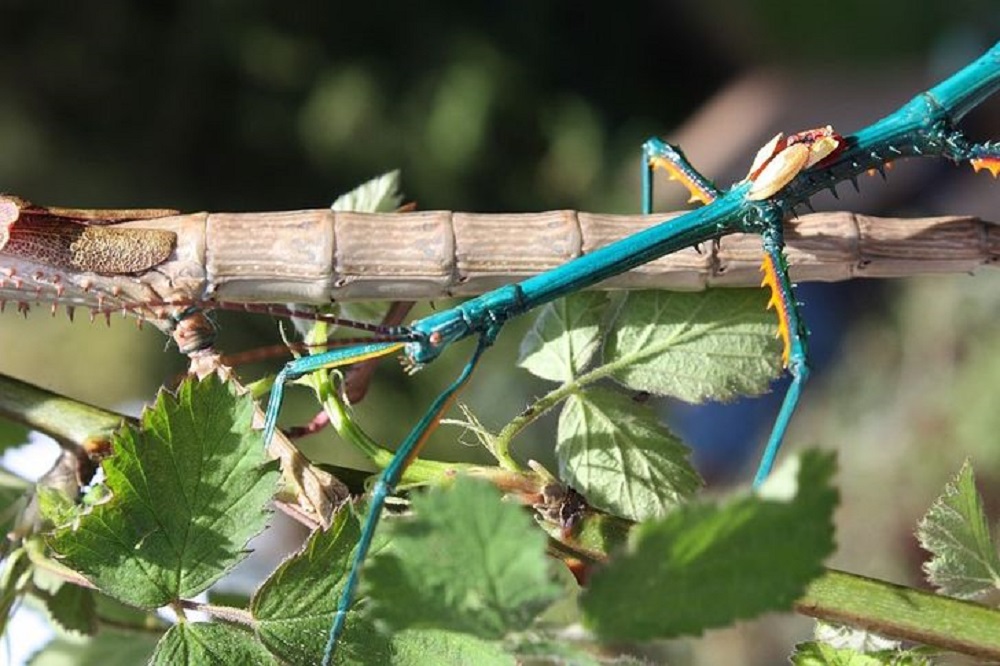 The bush dog is a small canine found in South and Central America. It was first identified from fossils in Brazilian caves and was thought to be extinct, and its closest living relatives are the maned wolf and the African wild dog. In Brazil, the bush dog is called cachorro-vinagre or “vinegar dog” because the animal’s urine has a strong vinegar smell. 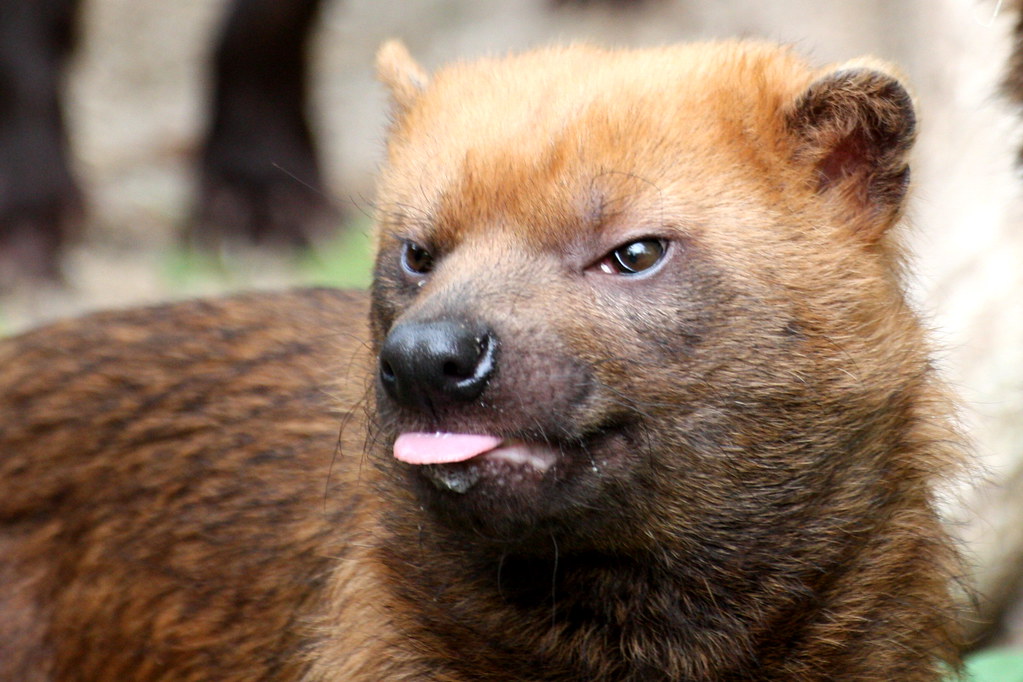 Ever seen a fish look this rough? This is the demon stinger, also known as the “devil stinger” or “sea goblin.” It is a species of venomous fish that is closely related to true stonefishes.

Its skin is covered with wart-like glands and venomous spines. It crawls slowly along the seabed by using the four lower rays of its pectoral fins as legs. It can grow up to 10 inches in length and has a knobby appearance. Its sandy yellow or red coloration helps it to blend into a sandy or coral seabed, where it is commonly found. 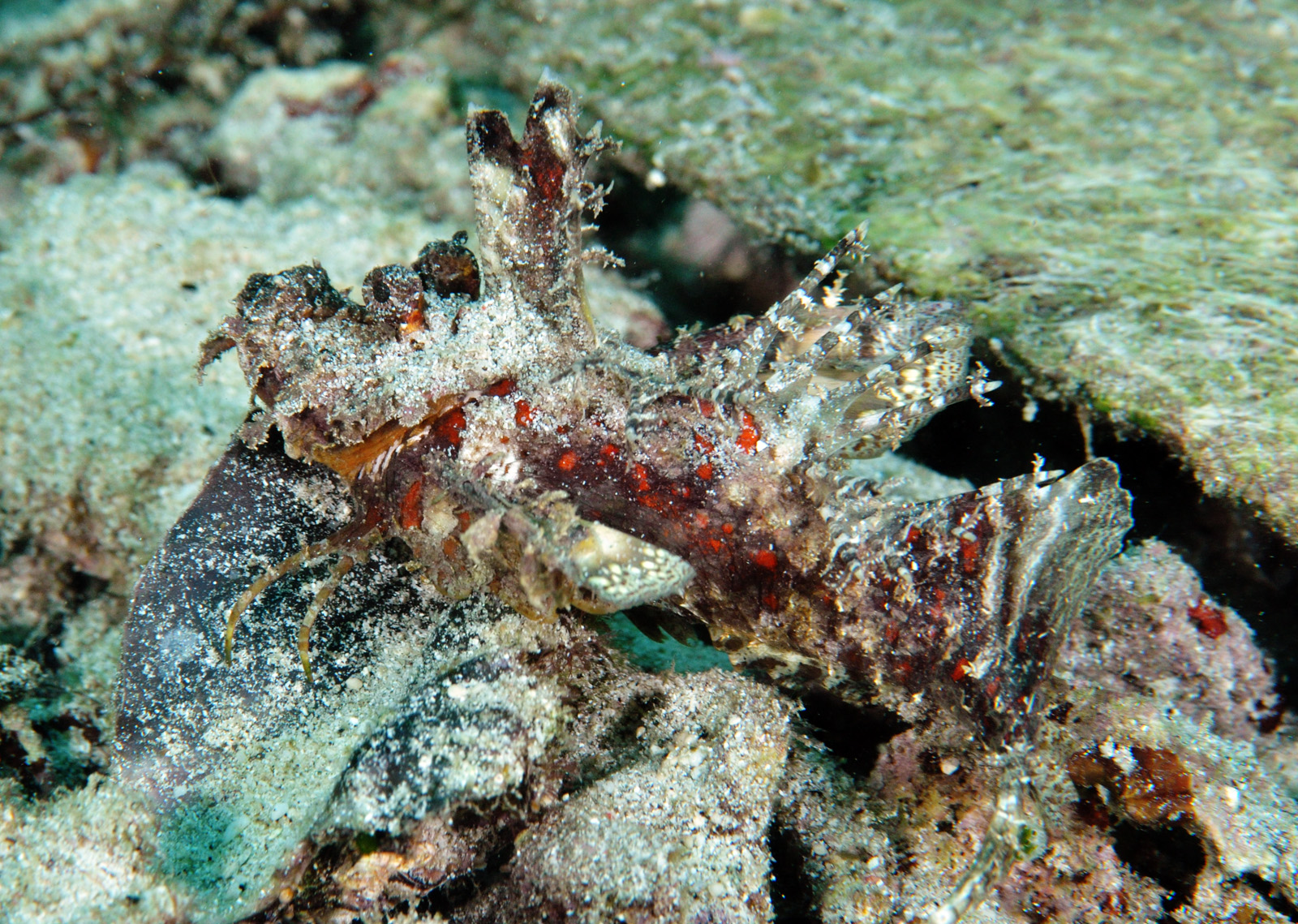 This creepy-looking fish is called “chimera.” Also known as “ghost sharks” and “spookfish,” chimeras are cartilaginous fish found on temperate ocean floors at depths of 8,500 feet. Chimeras have smooth and naked skins, and the markings on their faces are sensory organs that help them detect electrical fields in the water, which helps them find prey. 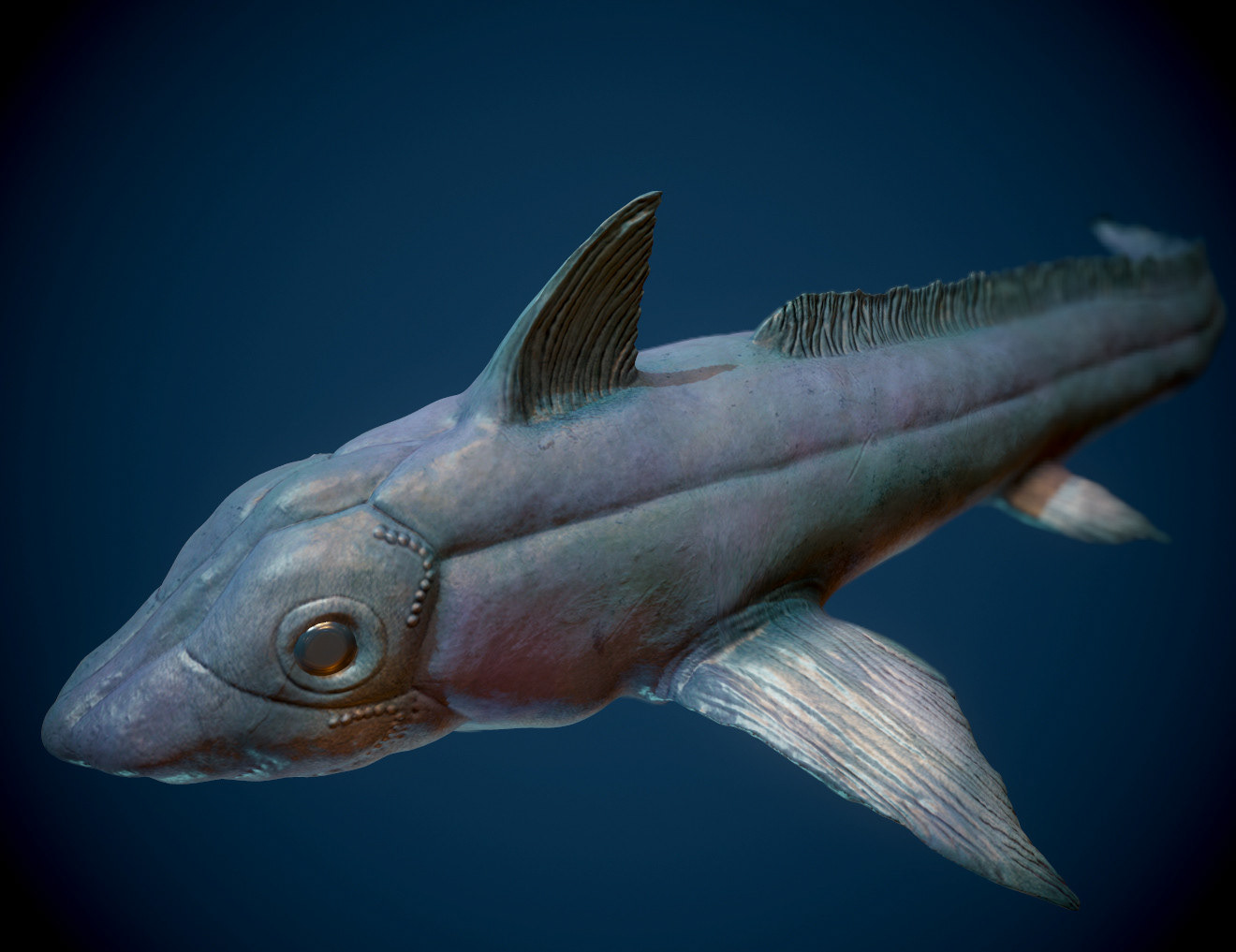 The magnificent frigatebird is the largest species of frigatebird. It can be around 3 feet 9 inches in length and has a wingspan of around 8 feet. The bird spends days and nights flying, and they can reach a ground speed of 6.2 mph and cover up to 139 miles before needing to land. The males of the species have red gular sacs that they inflate to attract mates. Don’t they look like they are puffing up their chest in pride? 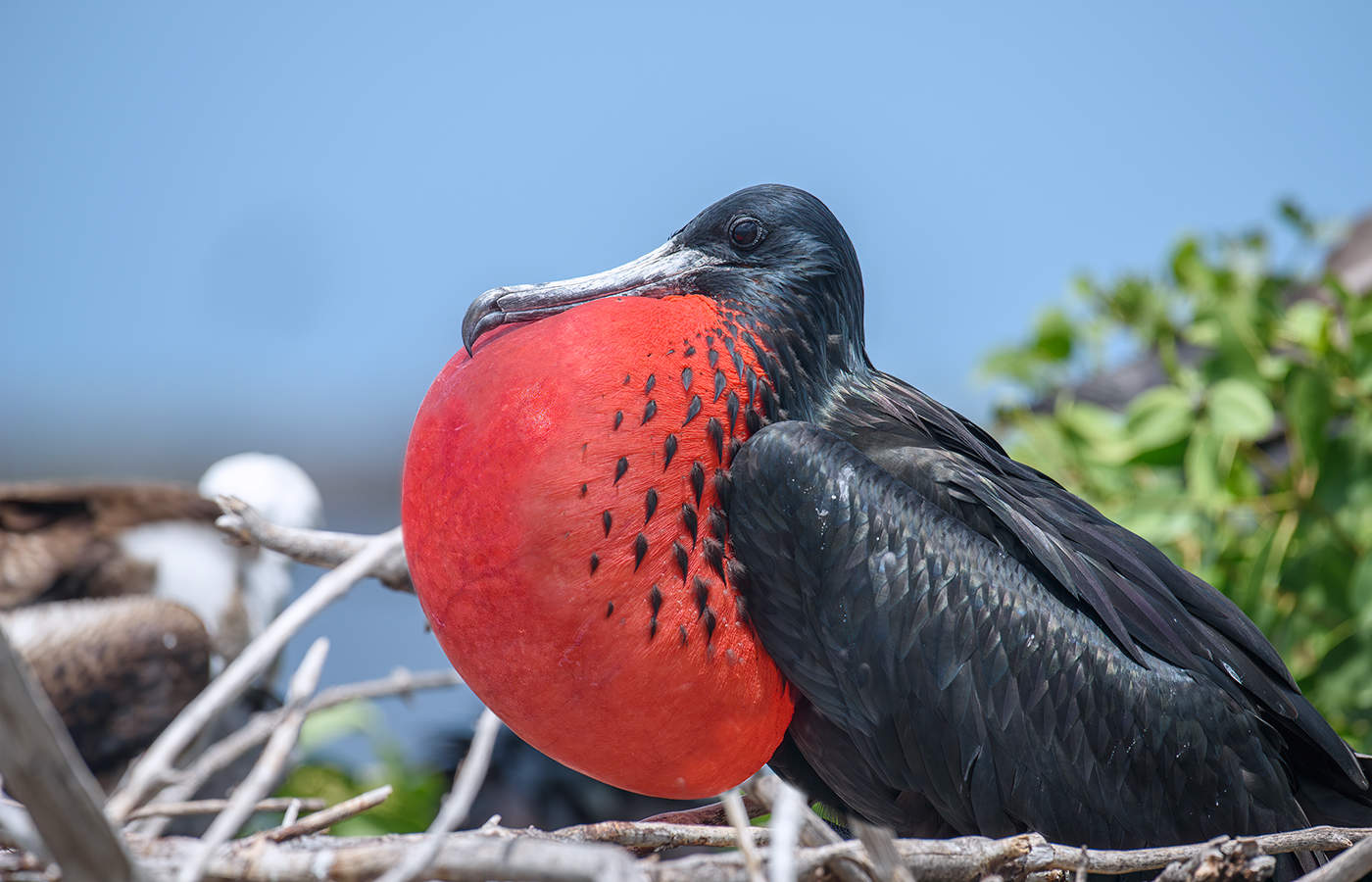 ADVERTISEMENT
Stars Who Went to School Together: Maya Rudolph and Gwyneth Paltrow, Taraji P. Henson and Anthony An...
ABBA seen together in public for first time in 14 years in rare appearance on red carpet
The 7 Most Beautiful and Majestic Animals in the World
Shocking Facts About Redheads
The 6 Best Trips Every Movie Lover Has to Take in Their Lifetime
Remi Bader Shared That She's Seeking Treatment for Binge Eating