Johnny Depp and Kate Moss: Inside their relationship — then and now — ahead of trial appearance

The ongoing trial between Johnny Depp and Amber Heard is expected to see a high-profile witness called to testify on Wednesday – Kate Moss.

Numerous reports have stated that the supermodel will appear via video link to speak about her former relationship with Johnny, which lasted from 1994 until 1997.

It comes after Amber referenced Kate while delivering her own testimony – prompting celebrations amongst Johnny’s legal team. 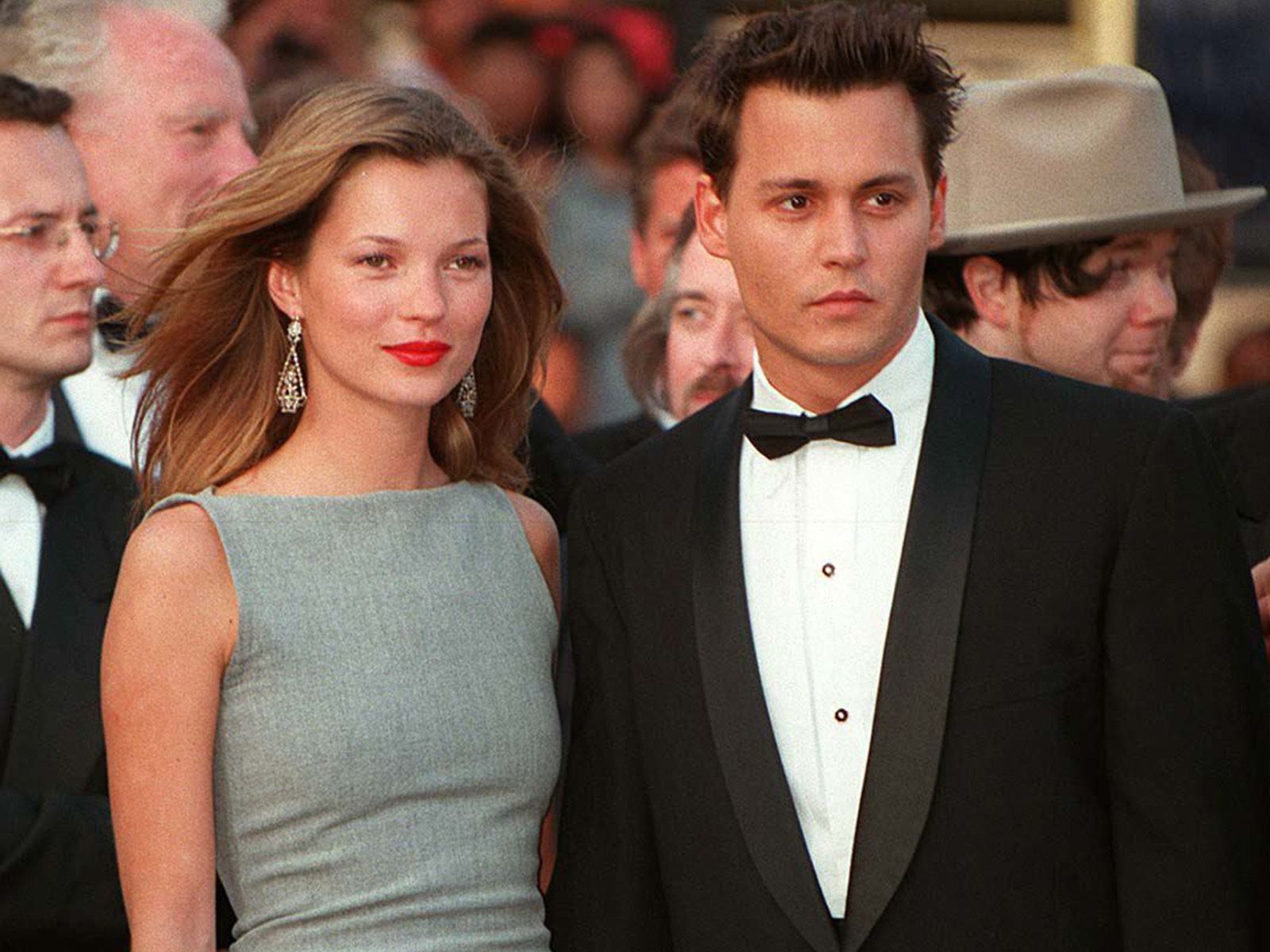 Ahead of Kate's highly-anticipated courtroom appearance, we take a look back at her romance with Johnny, and where the former couple stand now.

Johnny and Kate met in 1994 at New York's trendy Caf Tabac. At the time, he was 31 and she was 20. "I knew from the first moment we talked that we were going to be together," Kate later said of their introduction.

They quickly became the 'It' couple of the 90s and spent much of their time jetting around their globe together, depending on where they were working. 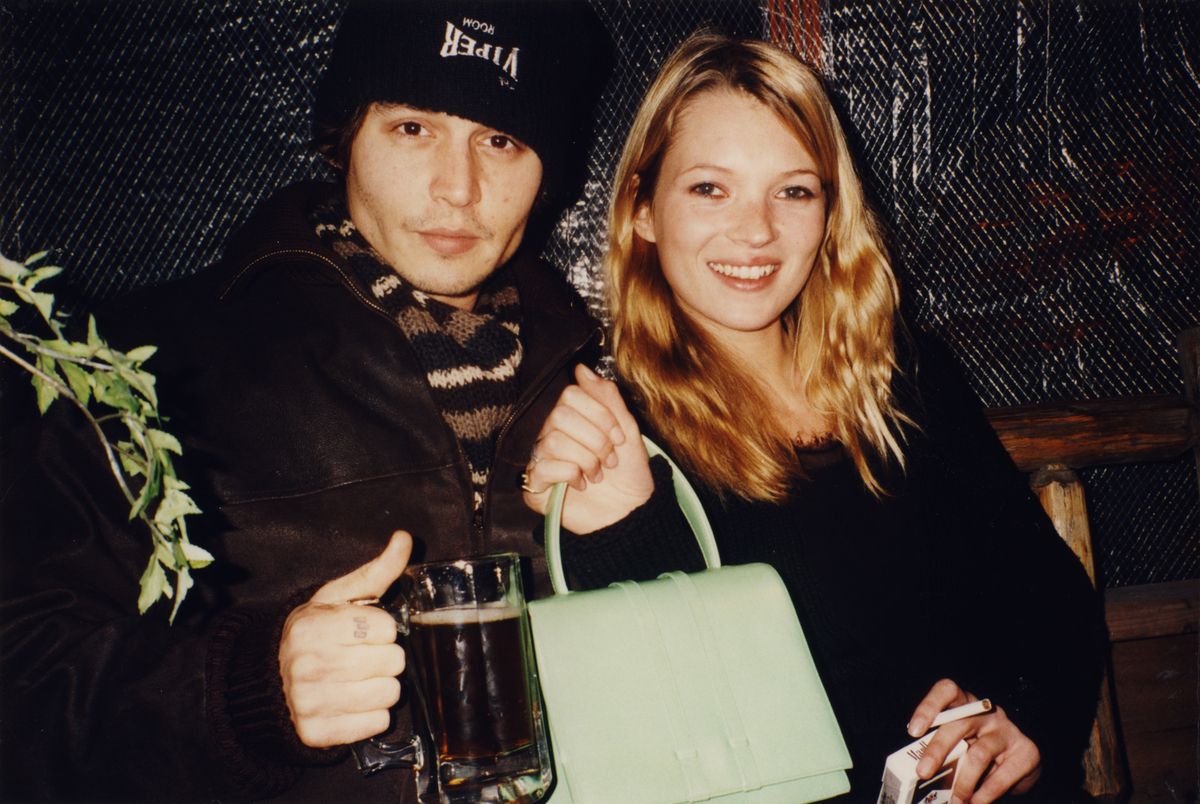 It was clear their passion ran deep. "They can't keep their hands, lips, mouths, legs off each other," a friend of Johnny's told People magazine back in 1994.

That intensity did occasionally spill out into arguments, however. In September 1994, Johnny was arrested for criminal mischief for allegedly trashing his hotel room. Police found him in "a state of possible intoxication" while Kate was uninjured. A judge dismissed the charge on the condition that the actor stayed out of trouble for six months – which he did. 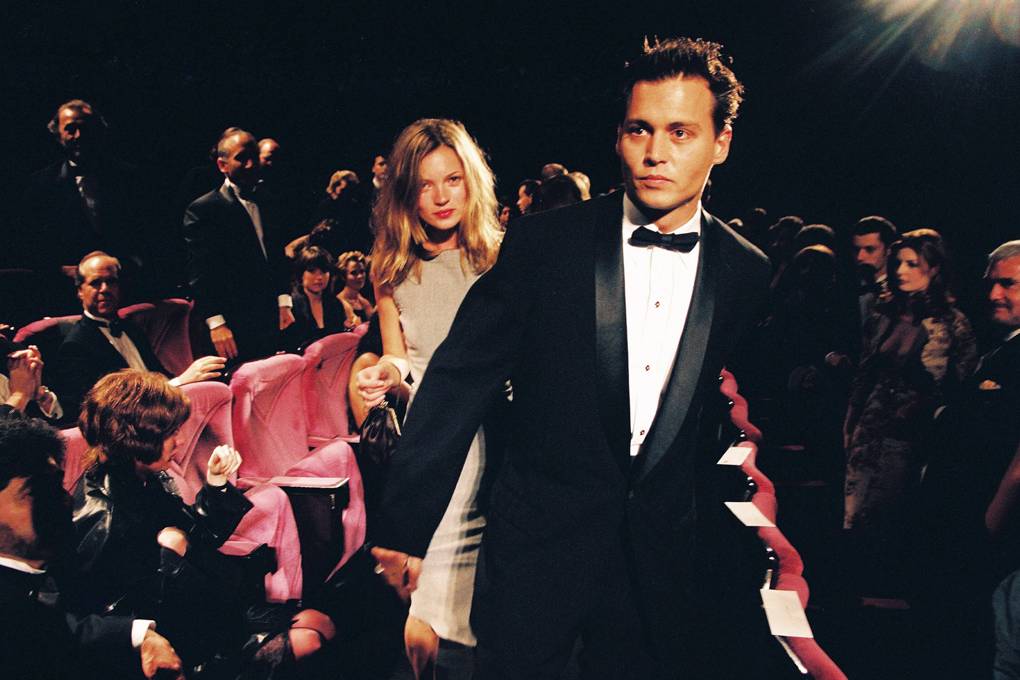 The couple went their separate ways in 1997 after four years together and a rumoured engagement.

However, they did appear together briefly at the Cannes Film Festival in May 1998; Kate made headlines for wearing her bikini in the hallways of the discreet Hotel du Cap. 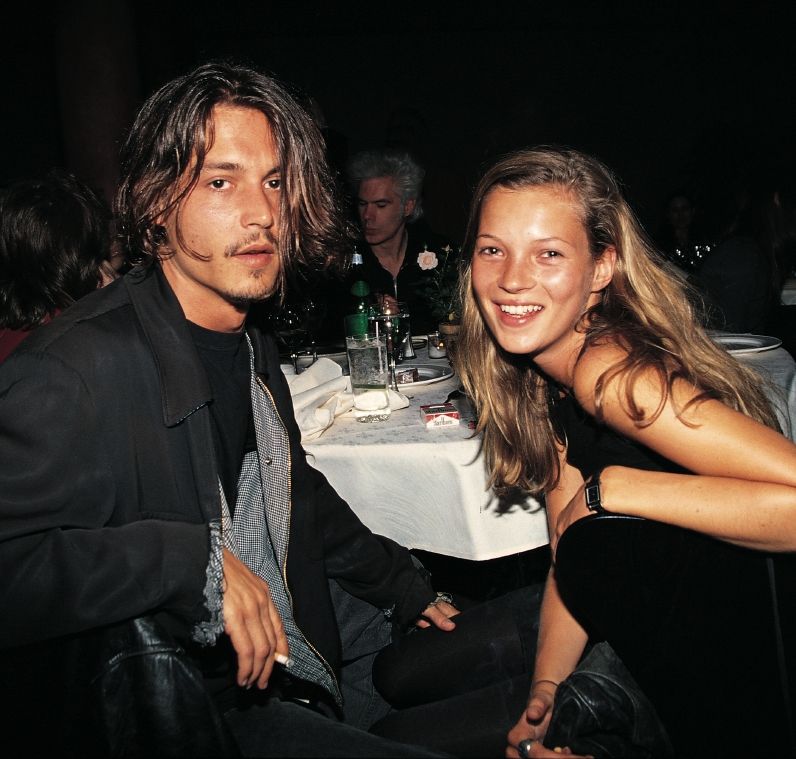 The end of their romance hit the couple hard. Three years later, Johnny spoke about the split – and admitted he was at fault. "I have never got that emotional over a woman before," he said in a candid interview with HELLO! magazine in 1998.

"I have been so stupid because we had so much going for our relationship. I'm the one who has to take responsibility for what happened - I was difficult to get on with, I let my work get in the way and I didn't give her the attention I should have done. 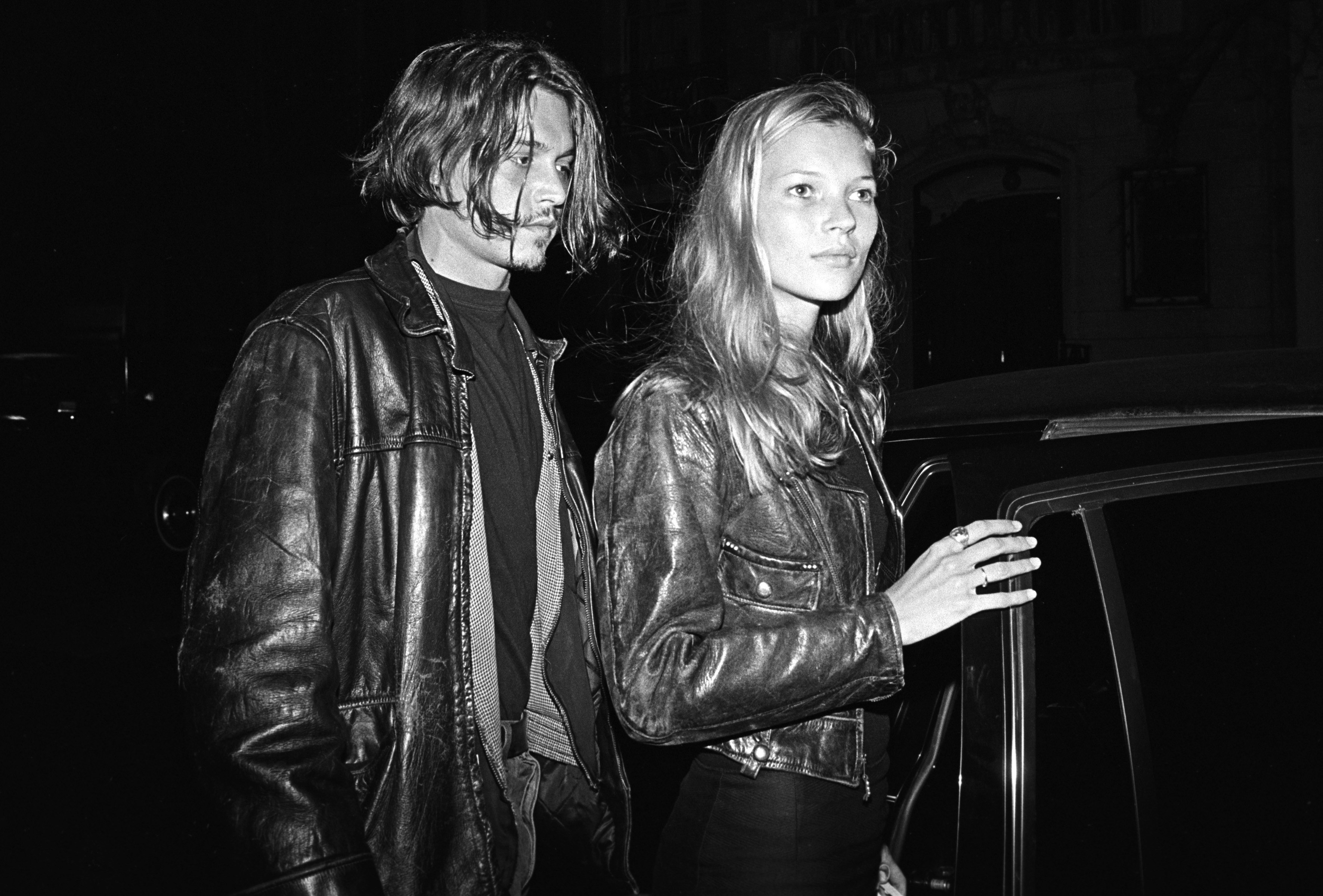 "The whole thing was crazy because I should never have got so worked up over what people had to say about my work," he said. "Sure I should care about my movies, but when I get home I should try to leave that stuff behind. I couldn't do that and I was horrific to live with. Trust me, I'm a total moron at times."

Kate, who is notoriously private, later admitted to Vanity Fair that she had cried "for years" following the split. 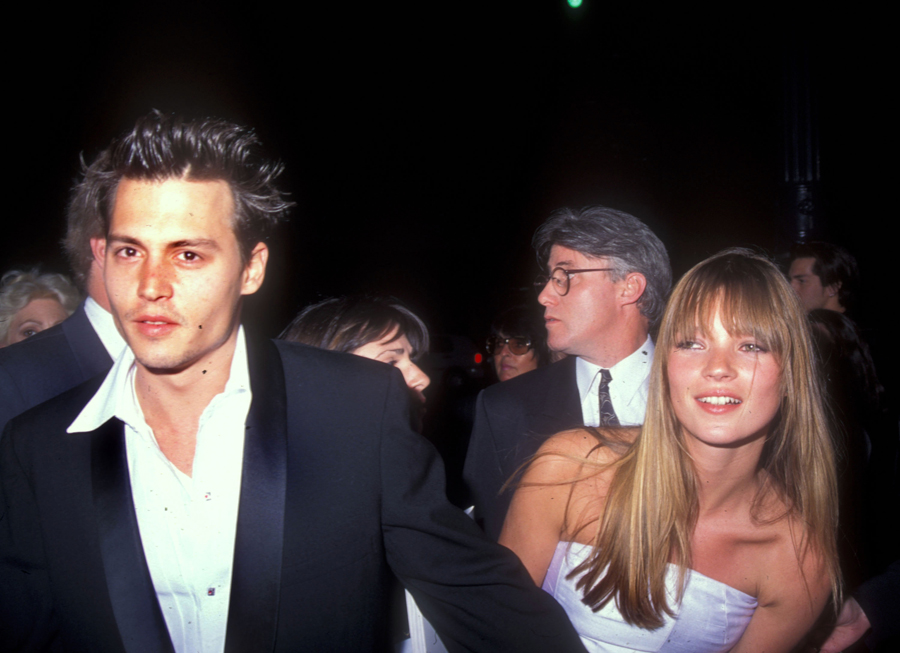 "There's nobody that's ever really been able to take care of me. Johnny did for a bit. I believed what he said. Like if I said, 'What do I do?' he'd tell me," she shared.

"And that's what I missed when I left. I really lost that gauge of somebody I could trust. Nightmare. Years and years of crying. Oh, the tears!"

While not much is known about the couple's relationship today, it is thought they remain on good terms and that Kate will testify in Johnny's defence. 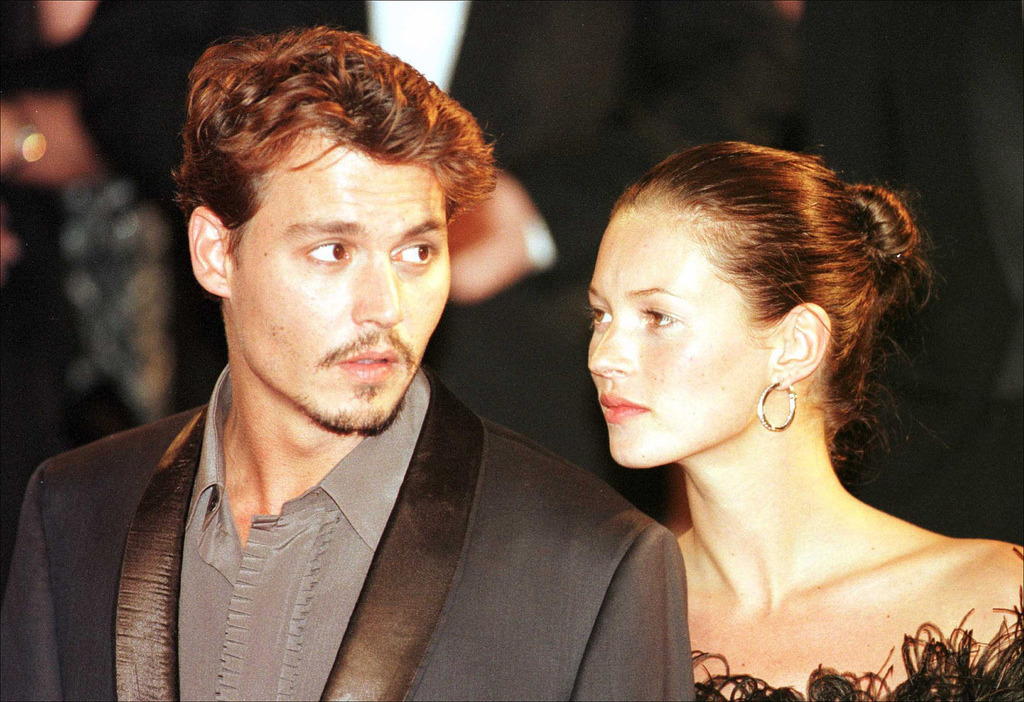 РЕКЛАМА
Top 7 Most Useful Animals To Humankind
7 Amazing Facts about Pregnancy
Liam Payne parades new girlfriend Aliana Mawla as fiancée Maya Henry shares heartbreak
See "90210" Star Jason Priestley Now at 52
Only Dakota Johnson and Chris Martin Can Make a Coffee Date Feel Like Paradise
If You're Over 50, Sleeping in This Position Is Aging You, Experts Warn