Animals that live in groups

Some animals live solitary lifestyles depending on only themselves to survive. Then there are the animals that prefer living in numbers so they can help take care of group.

There are 45 different species of crows that can be found all around the world. Most crows are all black or black and gray in color, and are fairly large in size. Crows are not only considered to be intelligent amongst other birds, but perhaps one of the most intelligent of all animals. They are able to solve certain puzzles, use tools to get food, engage in play, and recognize individual humans. Crows have a diverse diet including fruits, nuts, eggs, mice, frogs and scavenging carrion. They can gather in large roosting groups of 200 to thousands, especially during the winter. These huge groups are often found near large food sources like garbage dumps, shopping centers or agricultural fields. 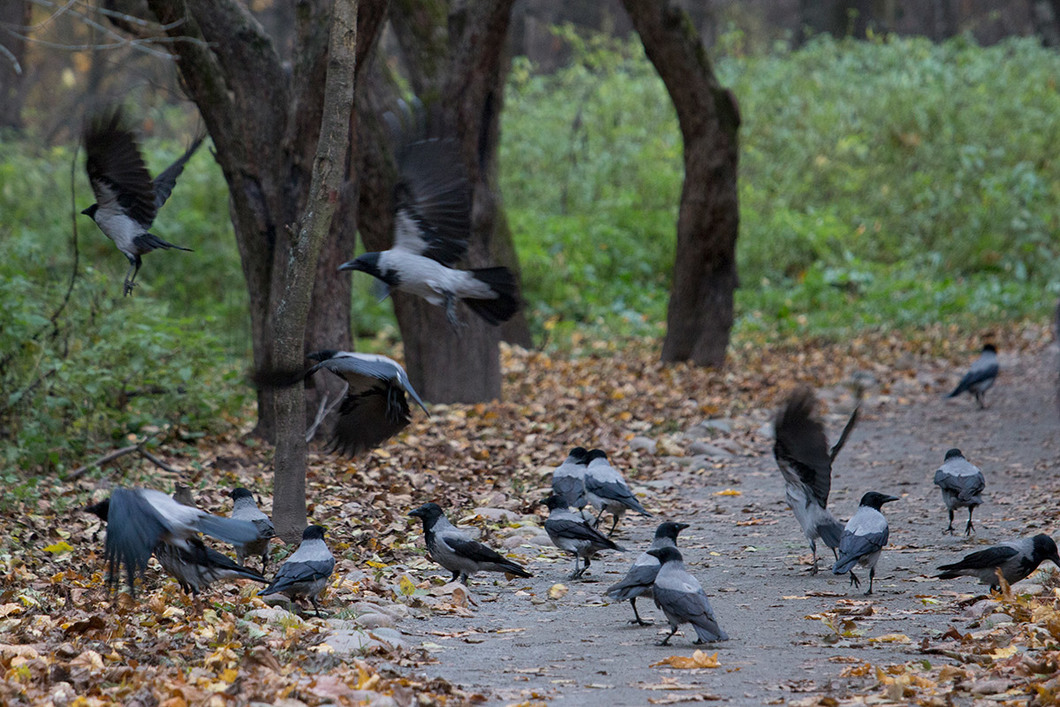 The global wolf population is estimated at 300,000, composed of about 38 subspecies. Wolves are believed to be the ancestor of todays domestic dogs. A wolf pack is usually made up of an adult mated pair and their offspring under the age of 4 years old. Average pack size in North America is 8 wolves, and 5-6 wolves in Europe. After young wolves reach about 4 years old they will leave the group to look for their own territory and mate. Occasionally during times of very abundant food, like large animal migrations, two or more wolf packs may temporarily join together. The famous wolf howl is used for communication. It may be calling the pack back together after a hunt, to sound an alarm, to find each other after a storm, or generally communicate over a long distance. 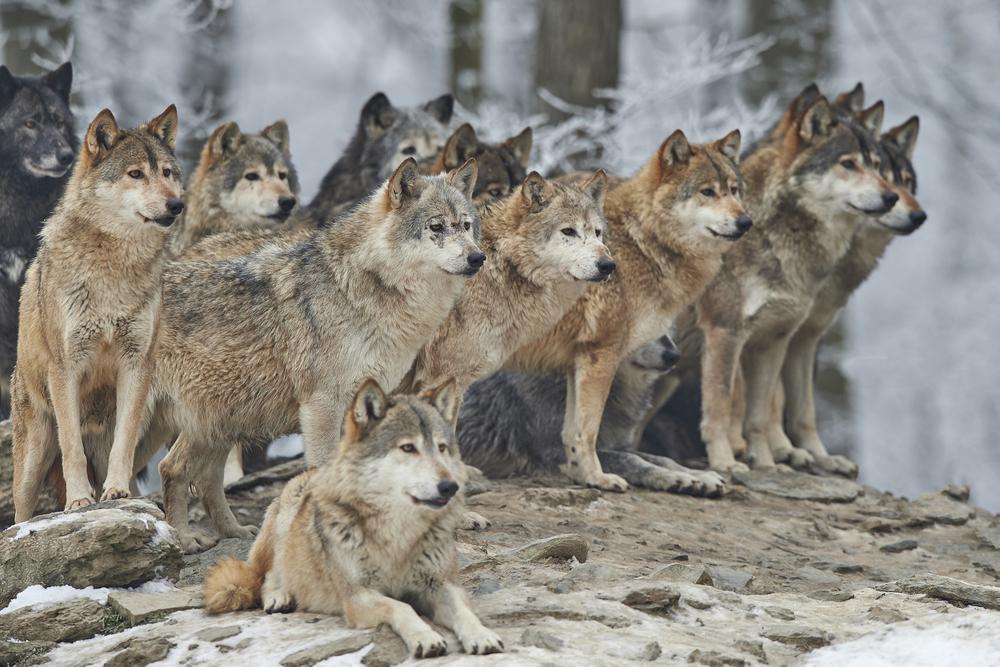 Elephants win the title of largest land animal. There are currently three subspecies, two from Africa and one from Asia. Females will spend their whole lives living in family groups of up to ten. The group will consist of only female members of the family, and they are lead by the eldest female. When she dies, her eldest daughter will be the new leader. Sometimes groups may band together, for example when to defend their watering holes against other clans.

Prairie dogs, who are rodents and not actual “dogs”, are found in the grasslands of North America.  Each family group consists of an adult breeding male (sometimes 2), 2-3 adult females, 1-2 young females and 1-2 young males. Females will remain in the group their whole lives, while males will leave to form their own families when they reach adulthood. Members of these family groups will groom each other and even “kiss”. 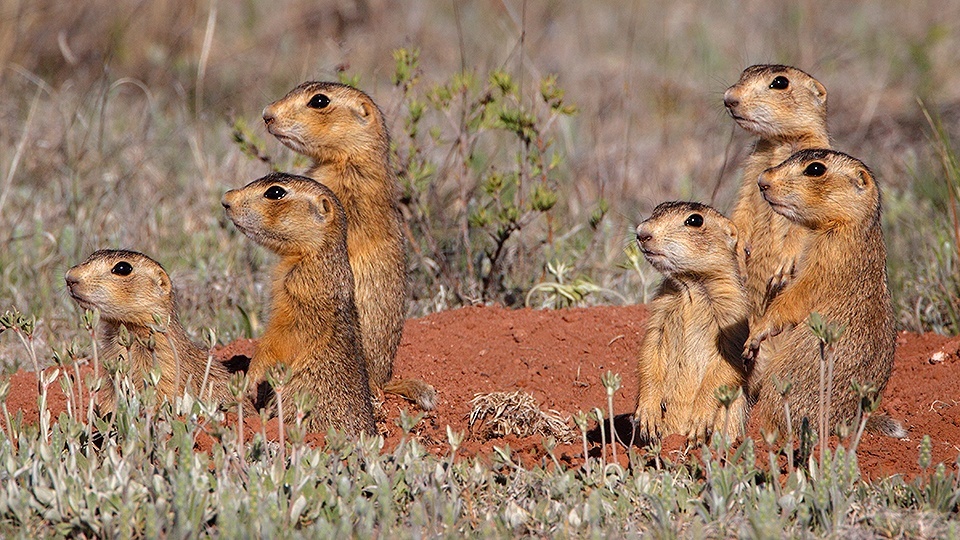 Lions are apex predators that can only be found today in southern Africa and a small section of India. They are the most social of the big cat species, living in prides of around 15 lions. The core of the pride are the females, who are all related. Females can only be born into the pride, non-related females are not tolerated. Male cubs are sent away from the pride at about 2-3 years old, when they reach maturity. By the time they are 4 or 5 years old, they will be able to displace a male associated with another pride. Males will typically stay associated with the same pride until they are challenged and ousted by another male. 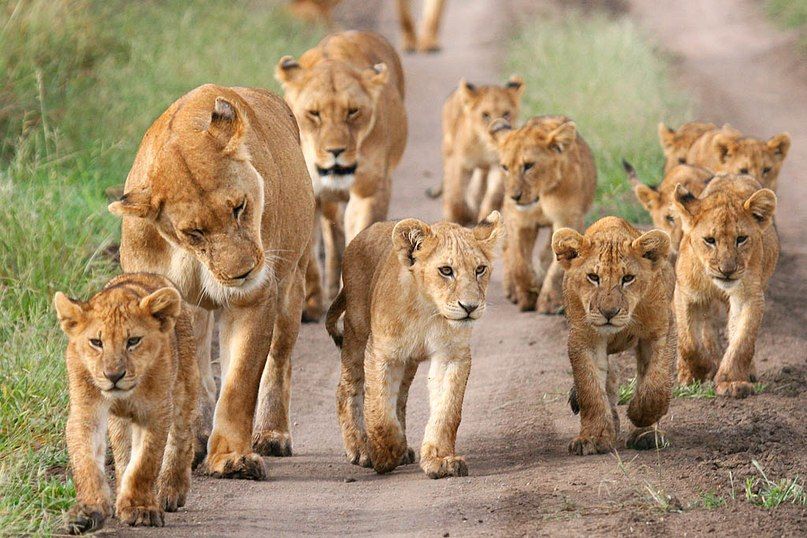 Gorillas are only found in certain areas of Africa today, and both the Eastern and Western Gorillas are considered endangered species. They are primarily herbivores, and mainly walk around on the knuckles of their long front arms. Gorilla groups, called “troops” are usually made up of one adult male, multiple adult females, and their offspring. The head male in the group is called a silverback. 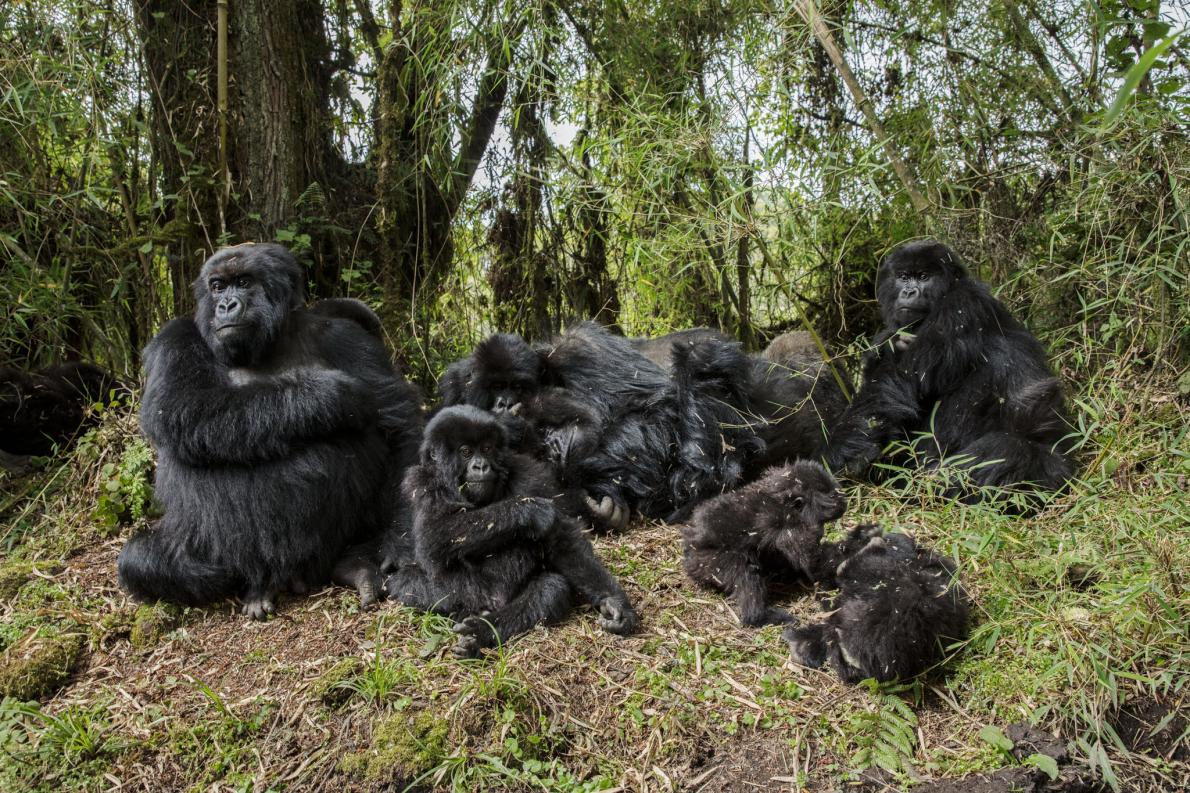 The silverback protects his troop, and if he should die the females and their young will disperse and join new troops, or else their young might be at risk of being killed by a rival troop. The silverback makes all the decisions in the group, protects the females and the young, and mediates any internal group conflicts. His relationship with the adult females of the group is important, and they maintain their bond by sticking close together and often grooming each other. 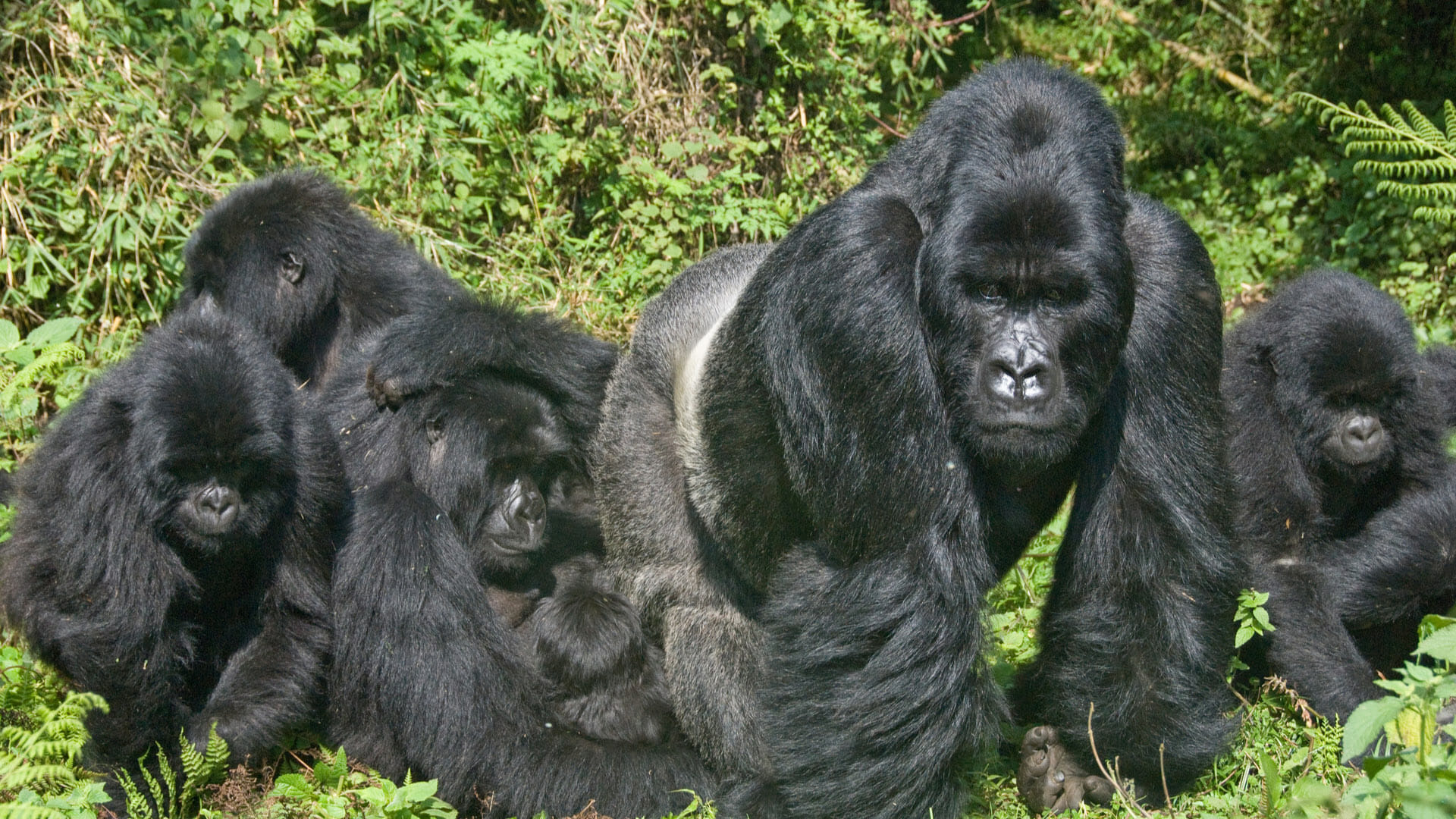 РЕКЛАМА
If You're Over 50, Sleeping in This Position Is Aging You, Experts Warn
Hannah Brown Says She Struggled With Alcohol When Coping With Her ‘Bachelorette’ Fame
Horrifying Hammerhead Worms
What Lisa Bonet And Jason Momoa's Relationship Is Like Now Amid His ‘Casual’ Eiza González Romance
Rihanna planning surprise move to Barbados to raise baby son in her home country
Chrishell Stause Opened Up About Dating Her Nonbinary Partner G Flip