Here are 7 famous people who owned some of the most unusual pets:

There was a time when the whole media and the film industry were obsessed with the pet of one of the finest celebs George Clooney. Clooney is known for his acting in film Batman and Robin and TV series ER. George Clooney bought a pot-bellied pig to gift his then-girlfriend. But he ended up keeping the pig himself. He kept the pig for 18 years until he said his final goodbyes. According to George, his pet used to run his house. Also, he once mentioned that, “pigs are really smart. And he was funny, and he made me laugh. But they’re work, because they’ll destroy everything if you let them.” 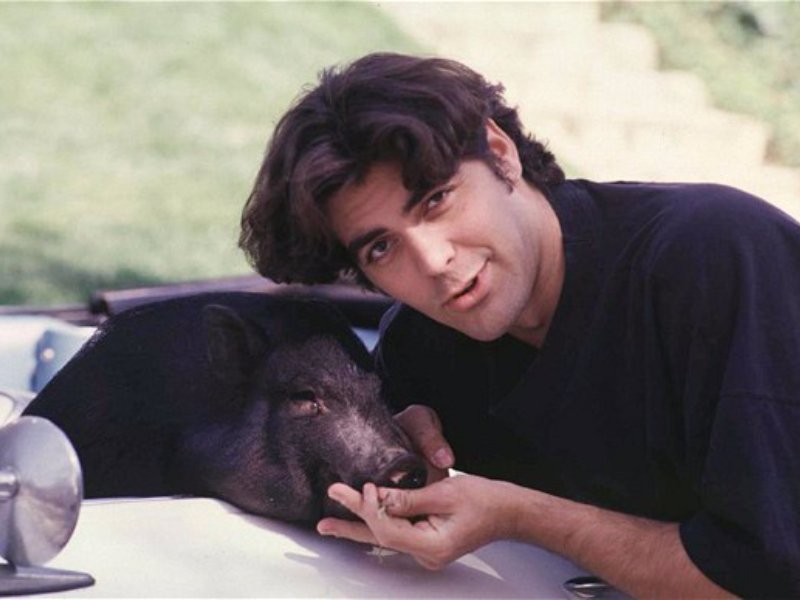 Michael Jackson, the king of pop was famous for owning a chimpanzee. Ever since the chimpanzee came into his life, he accompanied him almost everywhere. Michael adored his pet chimp “Bubbles” a lot. Bubbles made public appearances, but soon retired and started living at “The Centre of Great Apes”. Michael bought the animal from the Texas Research Facility. During “Bad” tour, Bubbles also drank tea with the Osaka’s mayor. Even though, the media mocked Michael and people called him eccentric just because the pet was close to him, Michael never stopped caring for the pet until the animal became too mature to be kept in captivity. 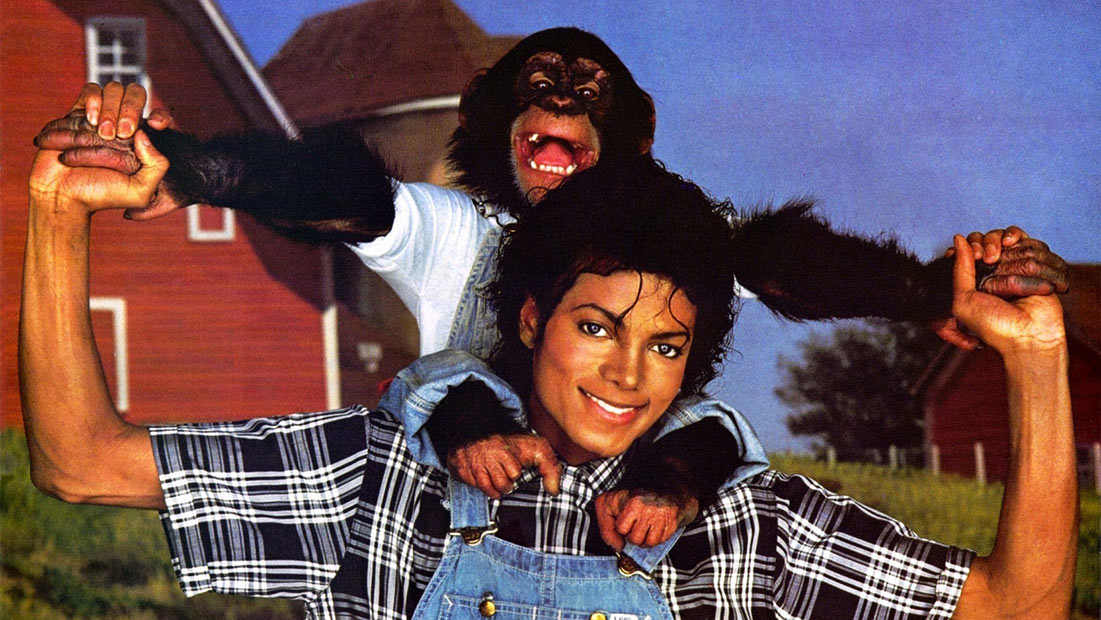 It won’t be surprising if boxing legend Mike Tyson would spend his fortune towards extravagance which people like me and you can only dream of. There was a time when Mike Tyson bought three Bengal tigers. The fact that the Bengal tiger comes under endangered species, makes his purchase a little unsettling. Even though, the thought of petting tigers looks exciting and gives you a sense of power, but the cost of feeding them every day is just too much to pay. Eventually, after a year, he sold all three of his tigers to a tattoo artist. 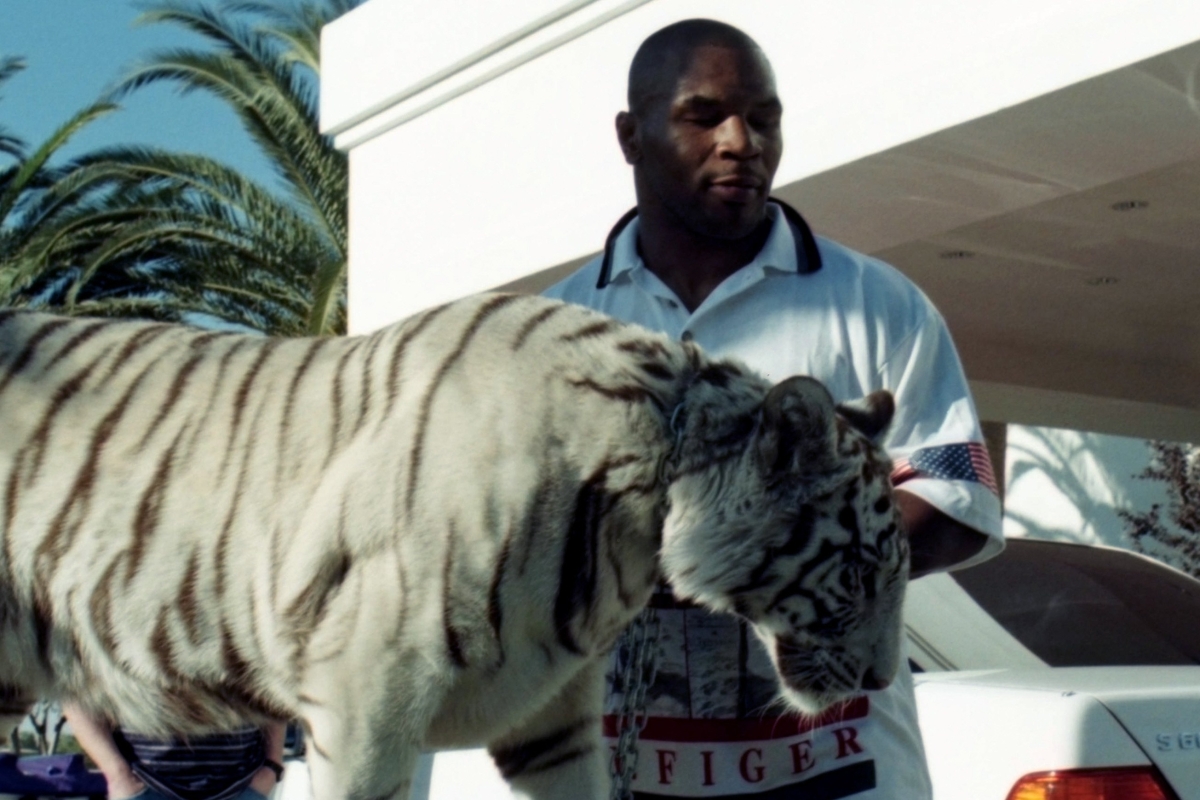 The internet exploded when the young rapper Tyga, who was in a relationship with Kylie Jenner bought a tiger named “Maverick” and showed it off on social media. This may have gotten him a little bit of fame but he also suffered a lot of backlash from fans. All hell broke loose when Tyga didn’t spend a single penny on saving the tiger when it was getting seized by the rescue group based in southern California. Since, the animal comes under exotic species; Tyga had to face criminal charges for keeping the animal with him. 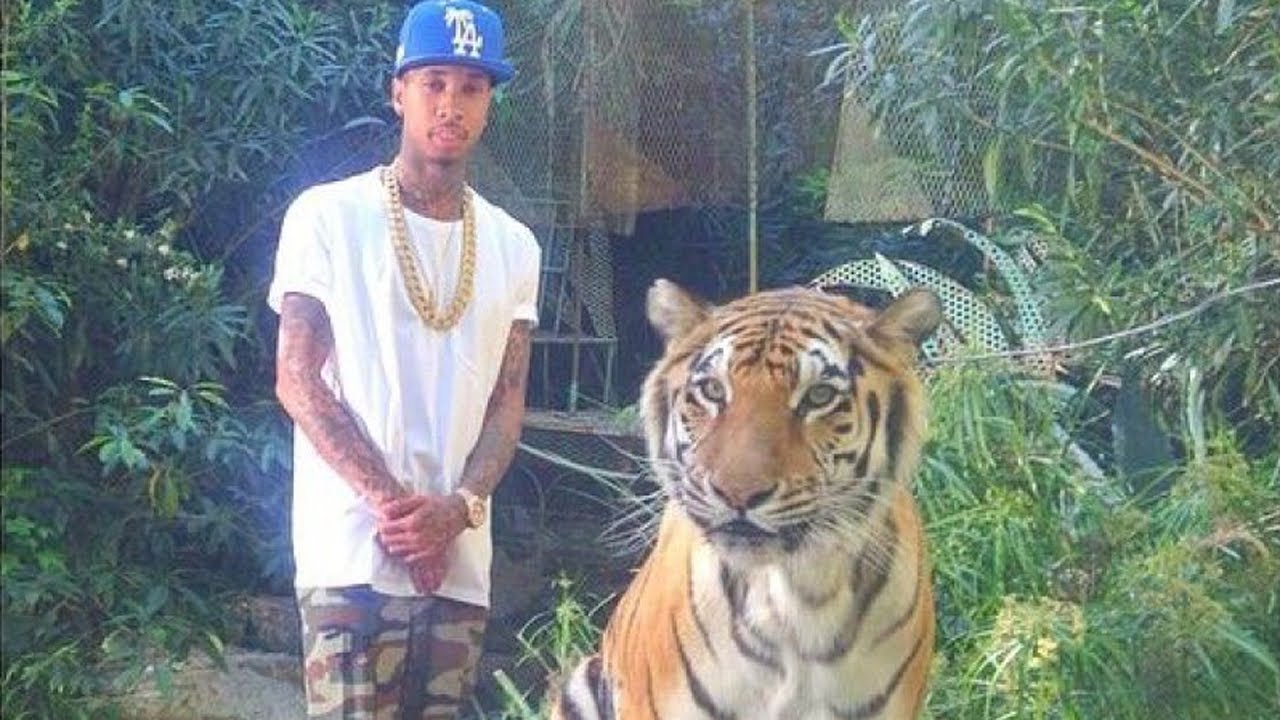 Miley Cyrus is known for being expressive and encouraging her fans to use their voice as a tool of empowerment. The 25-years old singer is also known for owning an unusual pet. She owns a pig named “pig”. Also, she does everything she can to devote her time to her pets and take care of them. In past, she cancelled a lot of her tours just because she wanted to give time to her pets. She loves them so much that she gives them priority over almost everything in her life. 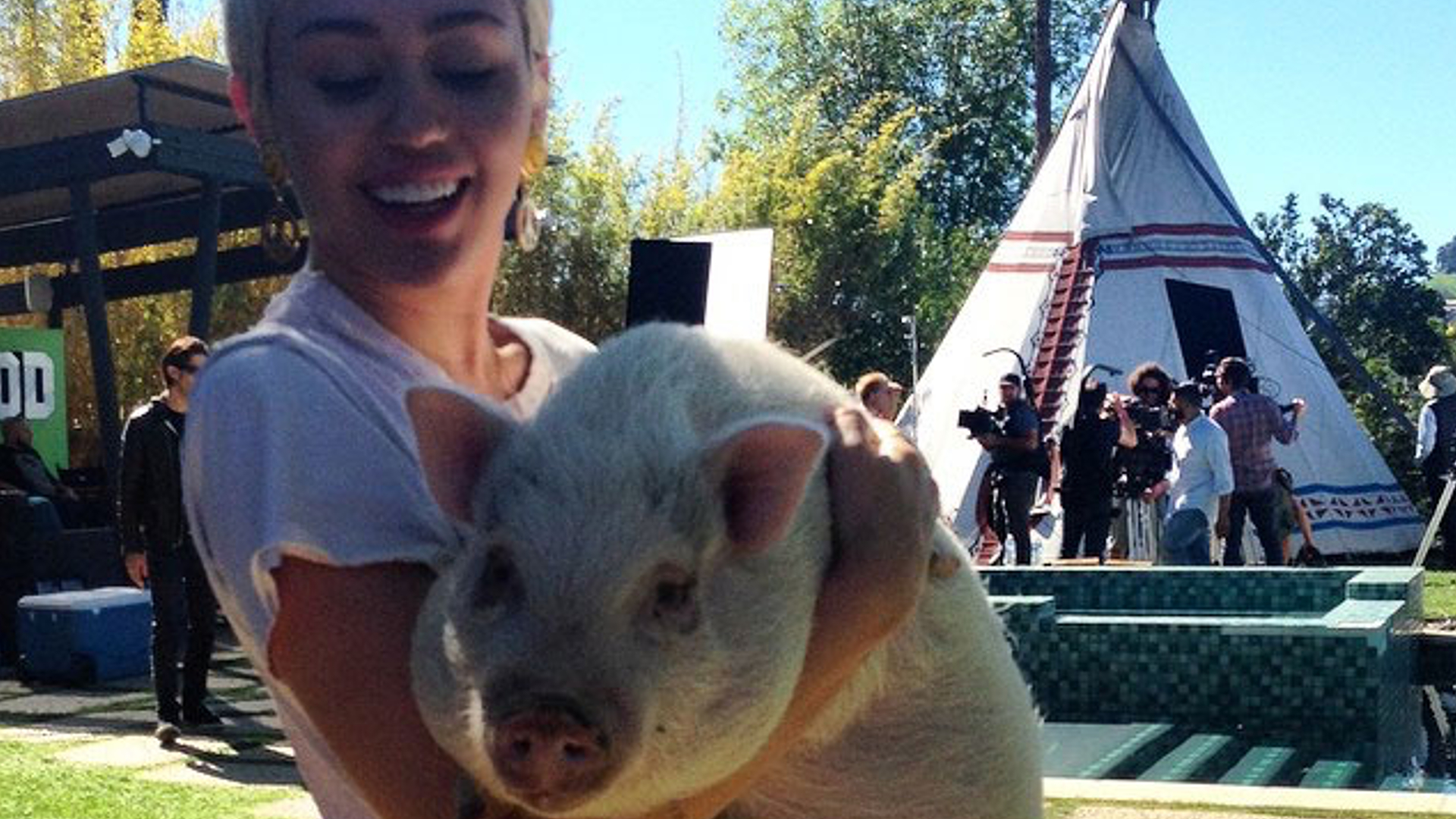 Leonardo Wilhelm DiCaprio, known for his Oscar worthy performances in movies once bought an African spurred tortoise. The actor found this 7-years old reptile while attending a conference in California. The tortoise costed him $400. While attending the conference, DiCaprio showed his interest in the African spurred tortoise that was on display, so he decided. It is known that, these turtles can live up to 200 years. Also, these tortoises can get as big as 180 lbs. 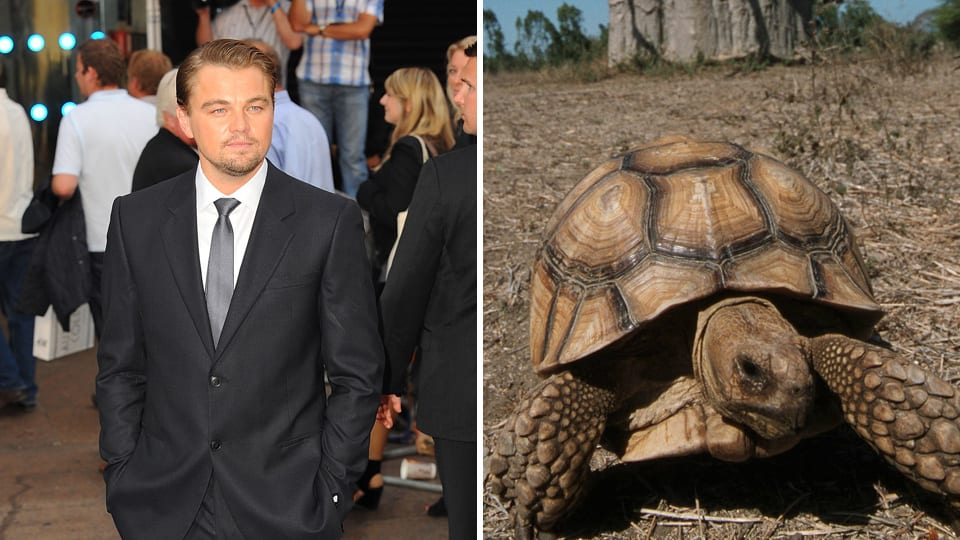 If you think that it is a millennial thing to own exotic pets, then you want to reconsider. One of the heartthrobs of 50s who was also known as the “King of Rock and Roll” was also known for petting rare and exotic animals. From a pet turkey to basset hound and a chow-chow to two great Danes, and many more Elvis is one of the weirdest in this list. Elvis had a lot of different pets, but one of the most unusual pets that he ever owned was a Wallaby. But not being able to provide the wallaby with enough attention and care, forced him to donate it to a zoo in order to keep the animal safe and healthy. 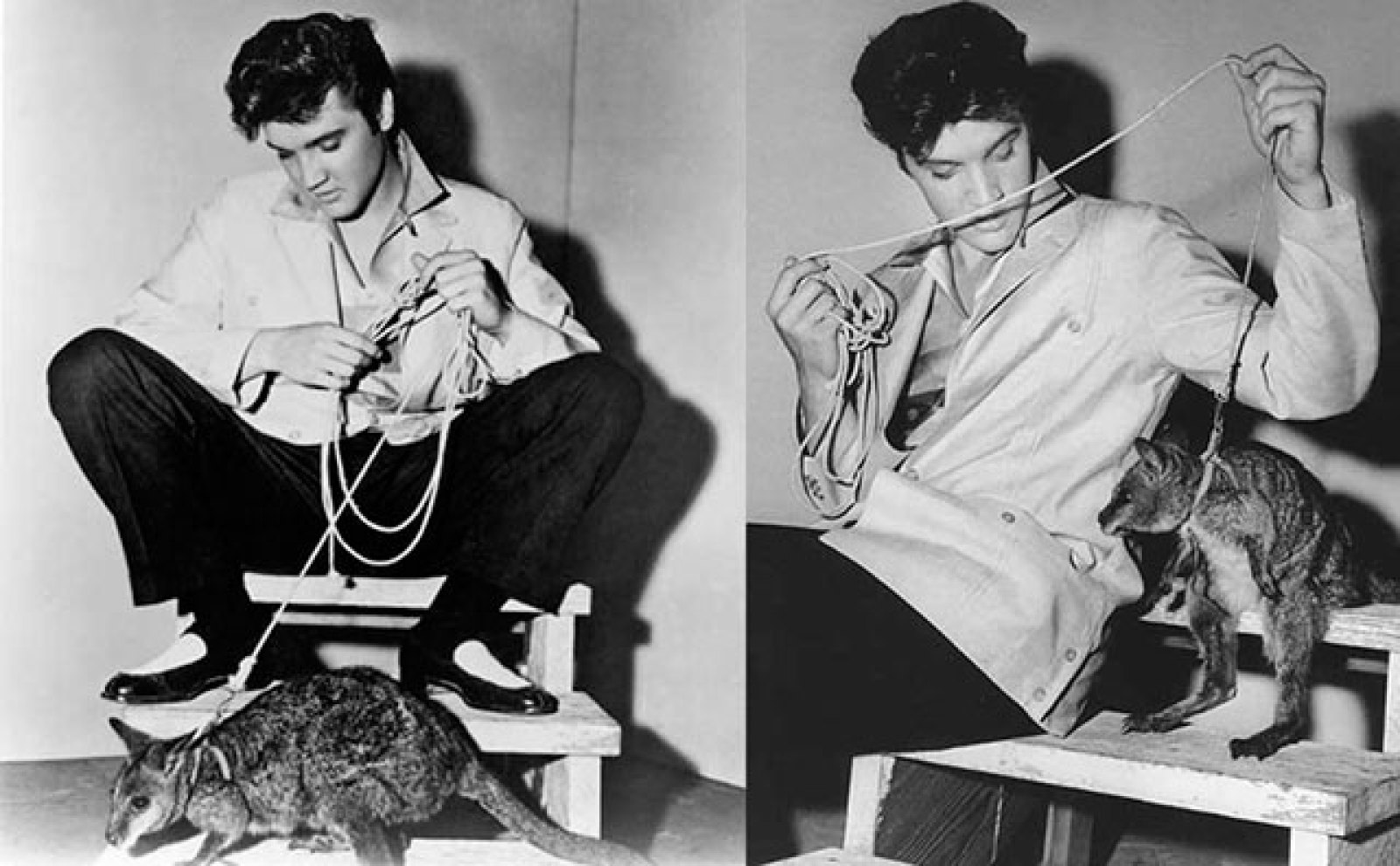 ADVERTISEMENT
Top 7 Most Fascinating Mausoleum And Tombs in The World
10 Interesting Facts About Life
Blended Fam! Bruce Willis, Wife Emma and Ex Demi Moore Are Friendship Goals
Top 8 Fascinating Mysteries That Defy Explanation
6 crazy Tesla inventions that never got built
The 7 Most Beautiful and Majestic Animals in the World