Impress your friends with mind-blowing trivia about dolphins, koalas, bats, and more.

With an estimated 7.77 million species of animals on the planet, the animal kingdom is an undeniably diverse place. But while the breadth of earthly biodiversity may be well known, the incredible things our animal counterparts can do are often hidden to humans. From furry creatures you never realized kissed to those who enjoy getting tipsy, these amazing animal facts are sure to wow even the biggest animal lovers out there.

Koalas might not seem to have a lot in common with us, but if you were to take a closer look at their hands, you’d see that they have fingerprints that are just like humans’. In fact, they’re so similar when it comes to the distinctive loops and arches, that in Australia, “police feared that criminal investigations may have been hampered by koala prints,” according to Ripley’s Believe It or Not 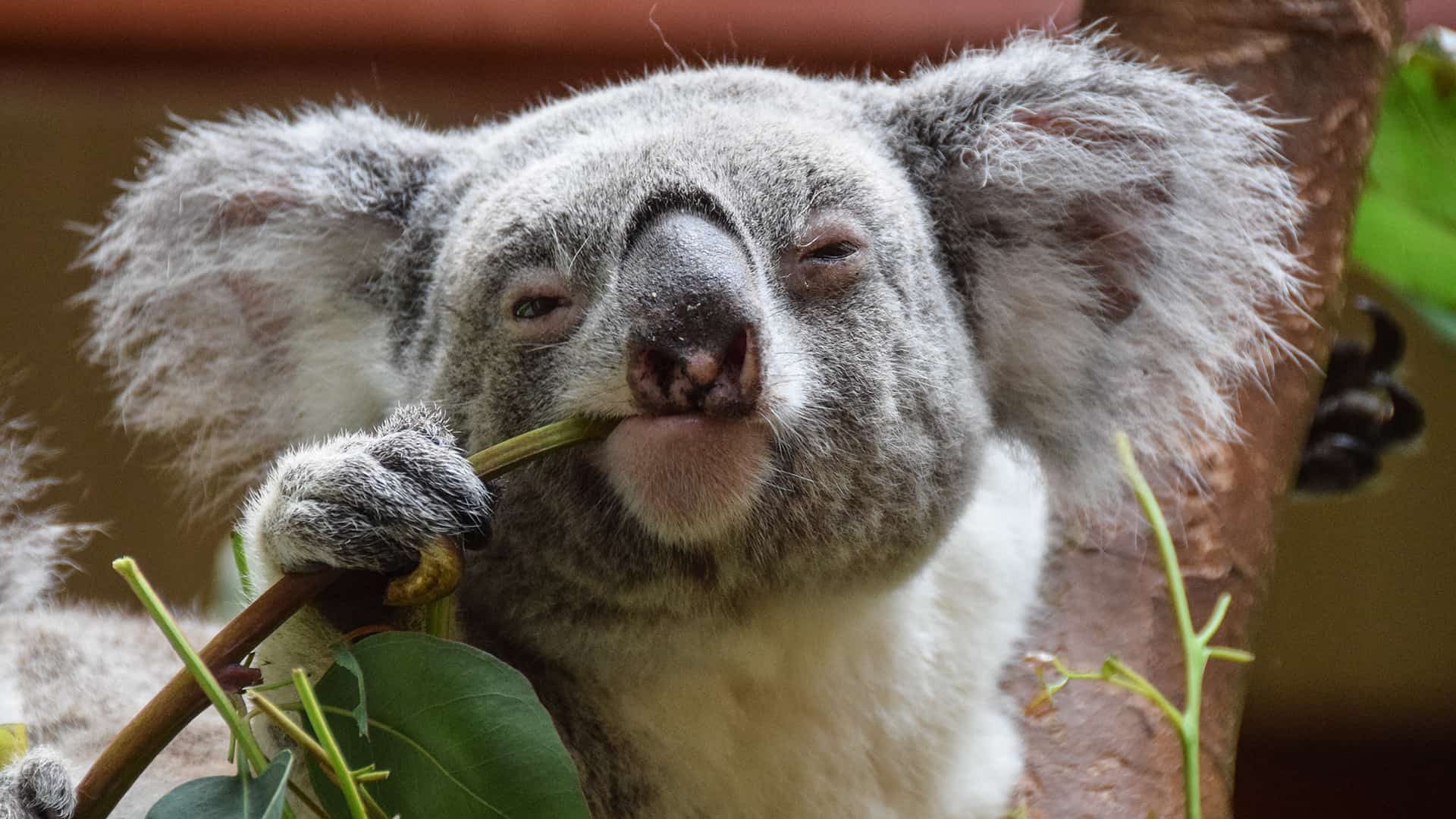 Parrots will selflessly help each other out

Parrots may be associated with pirates, but it turns out African grey parrots are nothing like the infamously greedy, treasure-seeking criminals. Instead, researchers have discovered that the colorful birds will "voluntarily help each other obtain food rewards" and perform "selfless" acts, according to a 2020 study published in Current Biology. Study co-author Auguste von Bayern noted, "African grey parrots were intrinsically motivated to help others, even if the other individual was not their friend, so they behaved very 'prosocially.'" 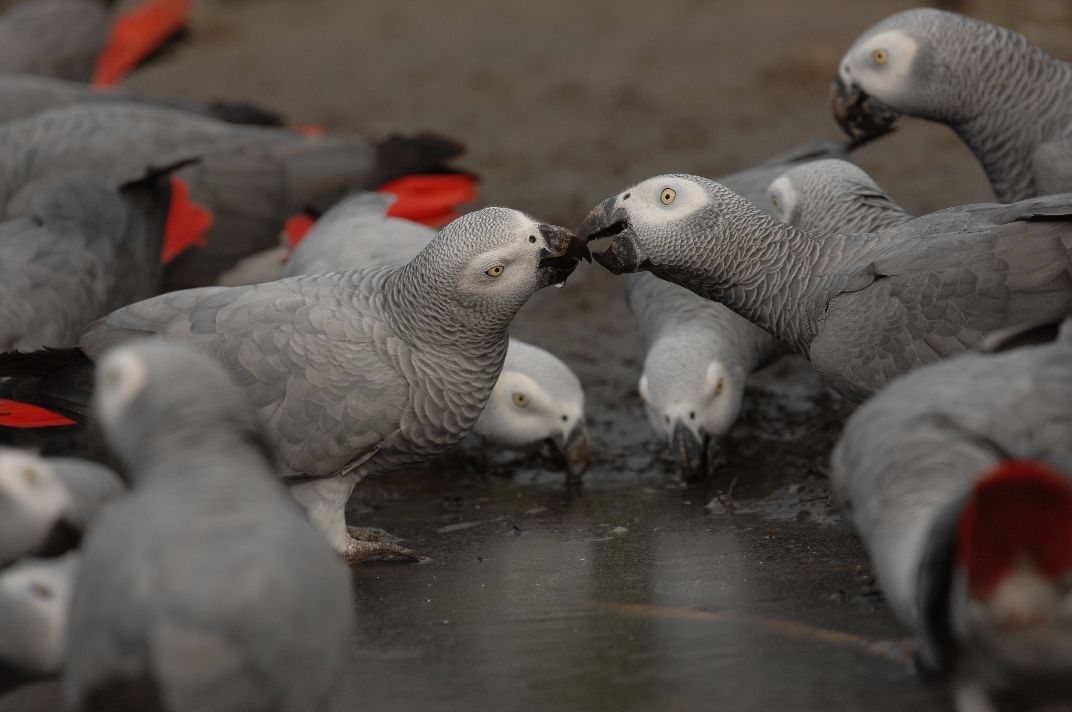 Prairie dogs are quirky creatures for a number of reasons: They're giant rodents, they dig massive interconnected underground homes, and they kiss. While they're actually touching their front teeth in order to identify each other when they seem to be sweetly sharing a smooch, the BBC explains that scientists believe prairie dogs "'kiss and cuddle' more when they are being watched by zoo visitors," because they "appeared to enjoy the attention." 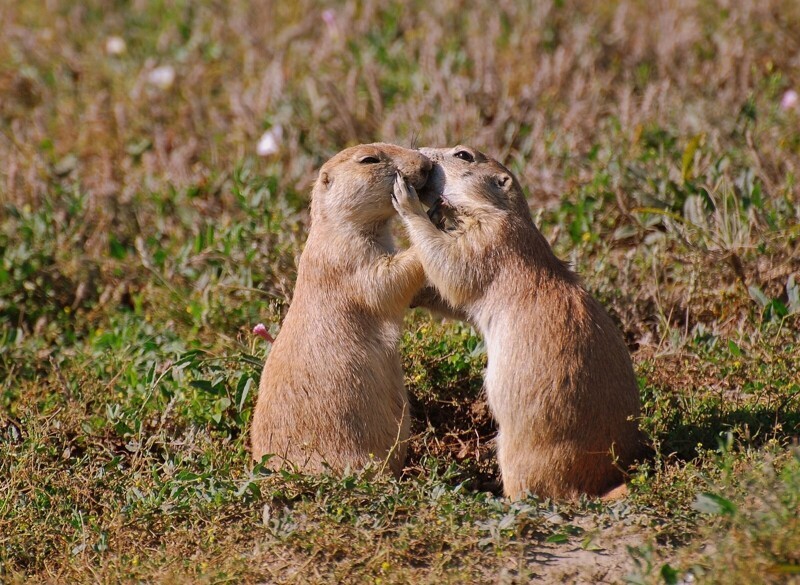 Narwhal tusks are really an "inside out" tooth

Narwhals are unlike most other whales because they have what appears to be a giant tusk. But that's not actually a tusk at all—what you're seeing is a tooth. Harvard University's Martin Nweeia told the BBC that the "tooth is almost like a piece of skin in the sense that it has all these sensory nerve endings," adding that it's "essentially built inside out." 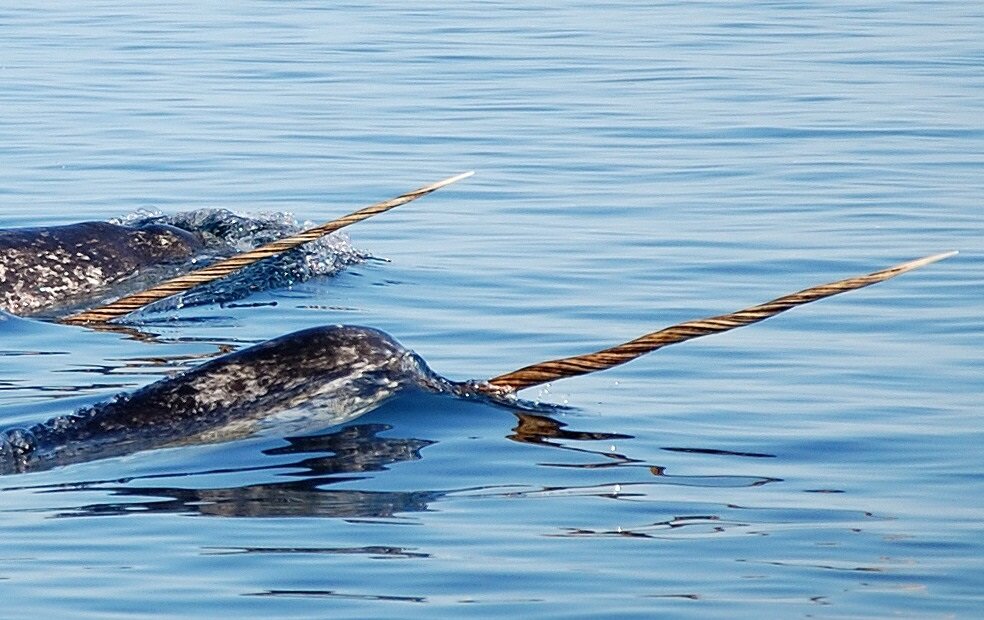 And the oldest evidence of domesticated cats dates back 9,500 years

Cats have also been hanging around humans for thousands of years. Guinness World Records reports that we've been domesticating cats for 9,500 years. Proof of this came in 2004 when the "bones of a cat were discovered in the neolithic village of Shillourokambos on Cyprus. The position of the cat in the ground was next to the bones of a human, whose similar state of preservation strongly suggests they were buried together." 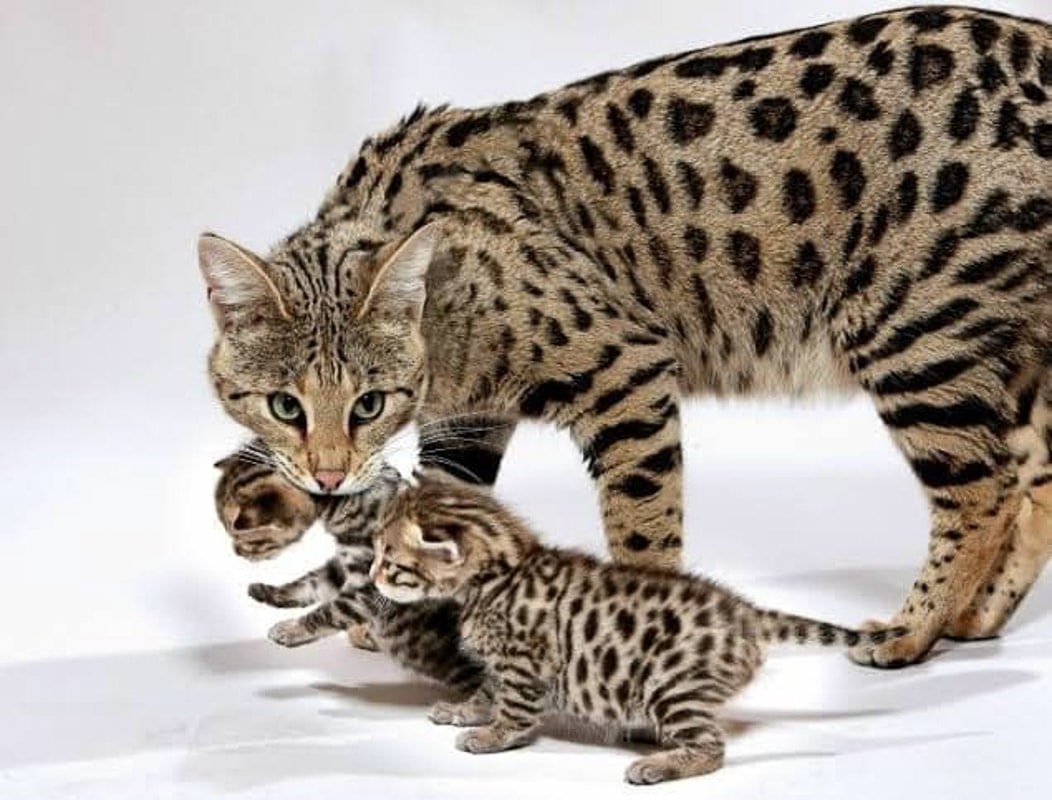 Capuchin monkeys wash their hands and feet in urine

Monkeys are undeniably cute. They can also be pretty darn gross. Capuchin monkeys, for example, urinate on their hands and feet when they're feeling "randy." "We think the alpha males might use urine-washing to convey warm, fuzzy feelings to females, that their solicitation is working and that there's no need to run away," primatologist Kimran Miller told NBC News. "Or they could be doing it because they're excited." Either way, ew! 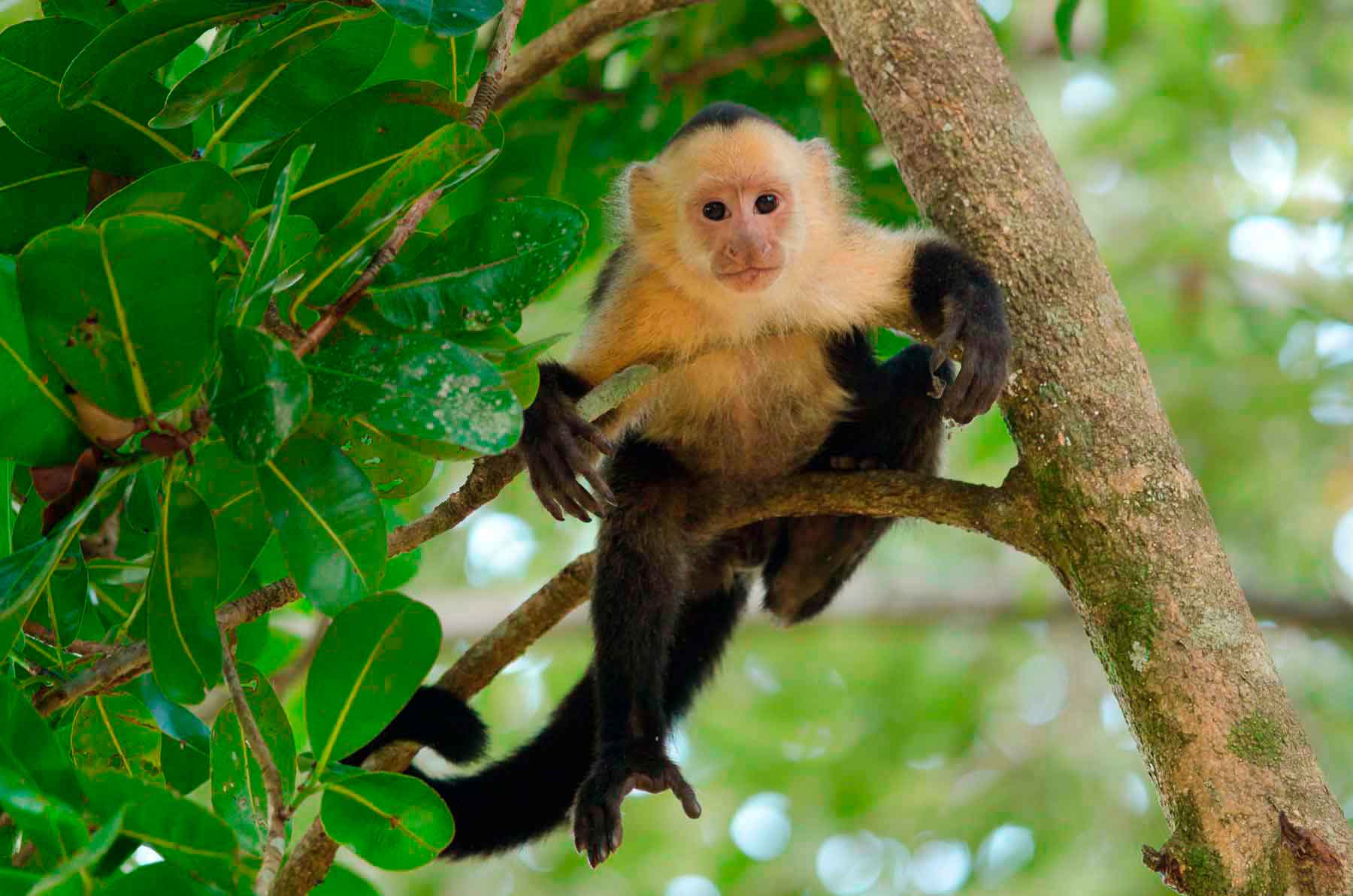 Some pigs in China are the size of bears

In Nanning, the capital of China's Guangxi province, a man named Pang Cong has a rather remarkable animal living on his farm: a 1,102-pound pig. That's roughly the same size as a full-grown adult male polar bear. According to Bloomberg, massive swine of that size "can sell for more than 10,000 yuan ($1,399), over three times higher than the average monthly disposable income" in the area. 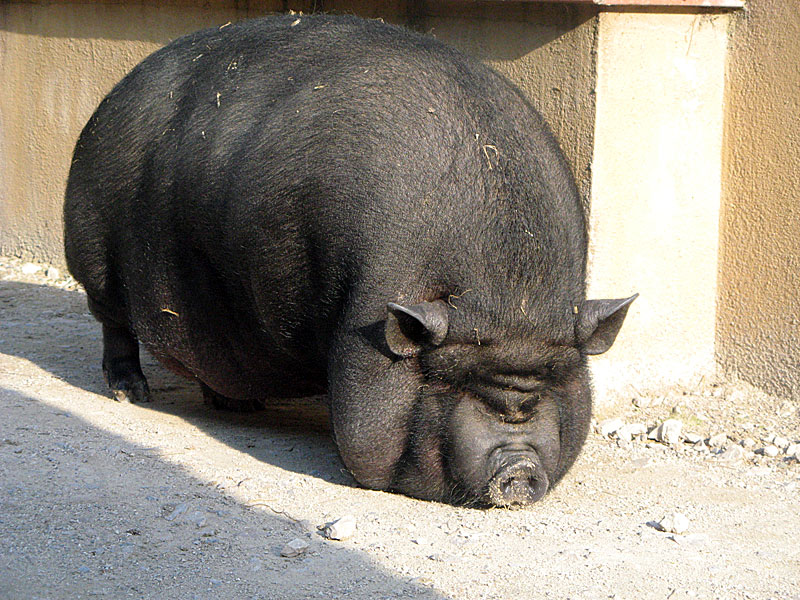 ADVERTISEMENT
7 Bizarre Facts About History’s Weirdest Fads
6 Healthy Habits for Older Adults
Idris And Sabrina Elba Get Vulnerable As They Open Up About Coupledom
The Offspring's Dexter Holland Explains Path from Rocker to Scientist: 'Balance' Is 'Important'
Inside Natasha Richardson's Tragic and Shocking Death
Rihanna planning surprise move to Barbados to raise baby son in her home country