The 7 Most Beautiful and Majestic Animals in the World

The natural world is resplendent with beautiful animals that reveal the wonders of evolution. This article will present seven creatures that are likely to captivate your imagination.

The tiger is the largest and most eye-catching of the big cats. They can grow up to 3.9 meters in length and weigh over 300 kg. Tigers have a lifespan up to 26 years, although all six subspecies (Bengal, Siberian, Sumatran, Malayan, Indochinese and South China tigers) are endangered, with a total population of less than 4,000. The Bengal tiger is the most common and the Siberian is the largest. 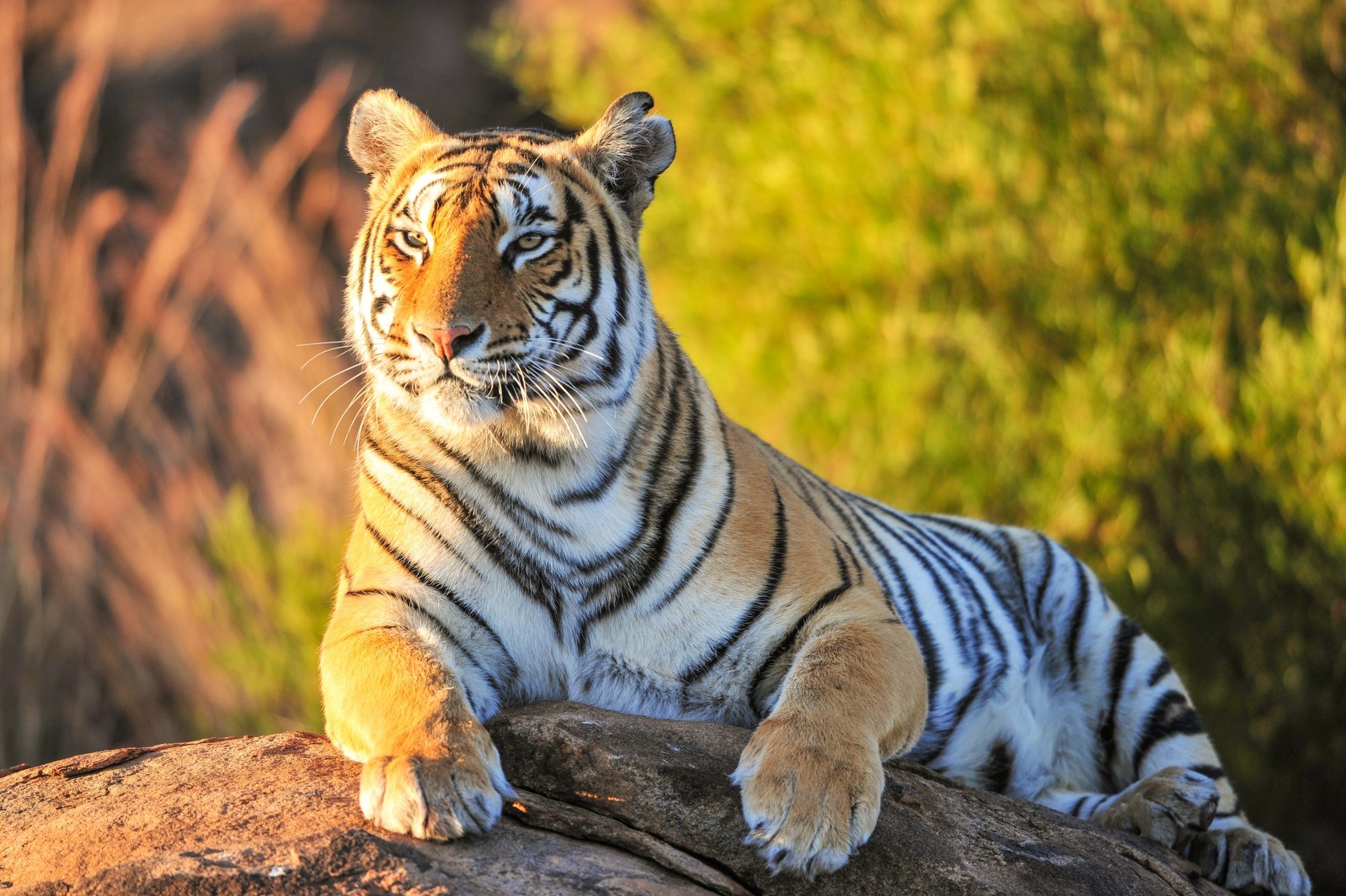 The Madagascan sunset moth is a uniquely colorful lepidopteran that is sought after by collectors. Its often asymmetrical pattern of colors is caused by the optical interference and scattering of light by curved, partially reflective scales on the moth's wings (see video below).

Sunset moths have a wingspan up to 11 cm and are often mistaken for butterflies due to their color, tails, and habit of resting with their wings vertical. Their bright aposematic colors warn predators of their toxicity. In contrast, the moth's chrysalis looks like a covered corpse and the Malagasy people believe the emergent moth represents the risen soul of their dead ancestors. 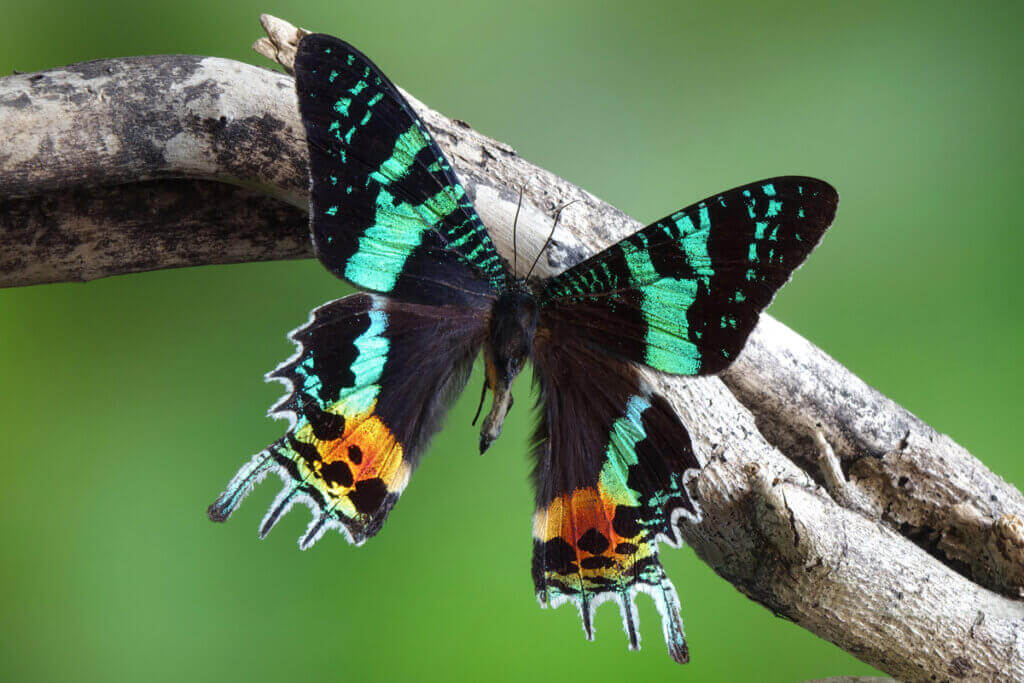 The swallow-tailed hummingbird lives in east and central South America. It prefers semi-open areas, sparse woodland, coastal regions, and gardens, but it will avoid dense rainforest. It has a long forked tail that comprises half of the bird's 16 cm length. 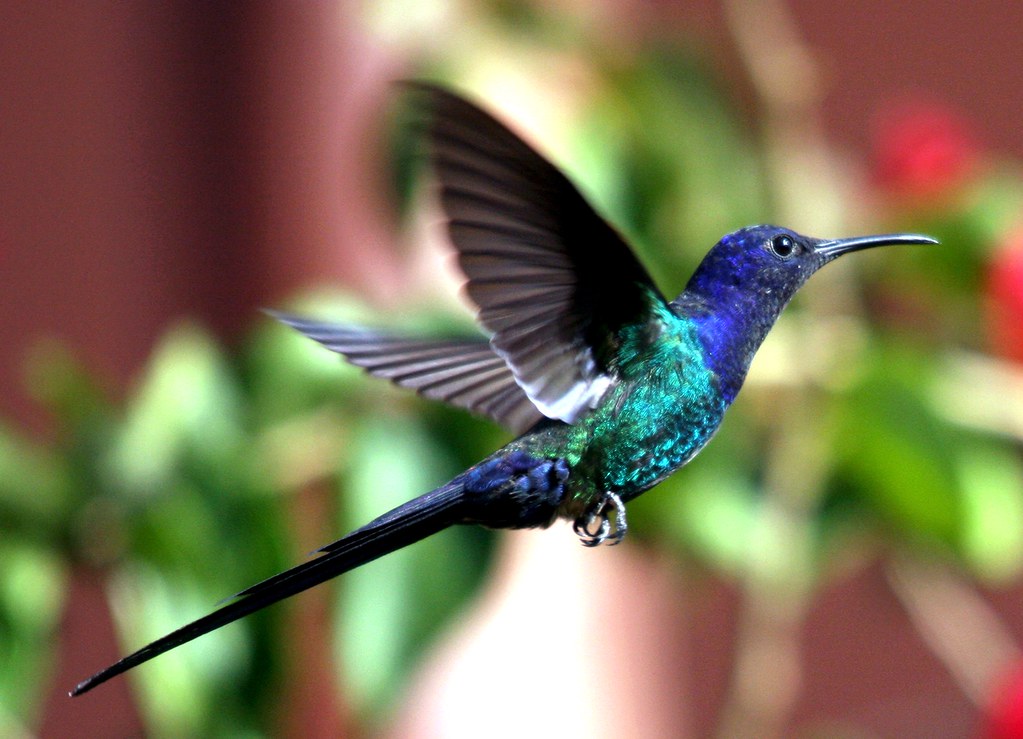 The candy crab (Hoplophrys) is unique because it belongs to a monotypic genus, which means it has no closely related species. This crab grows to 2 cm in length and can camouflage itself in bright colors to match the coral that forms its habitat. As well as red, the crab can turn white, yellow, and pink. It lives in the Indian and Pacific Oceans.

The caracal gets its name from the Turkish words kara kulak, meaning "black ear." It has a number of adaptations that allow it to live in a diverse range of habitats. These include its long, tufted, and highly flexible ears that help it hear the smallest of sounds, and powerful hind legs that allow it to leap several meters into the air to catch birds. 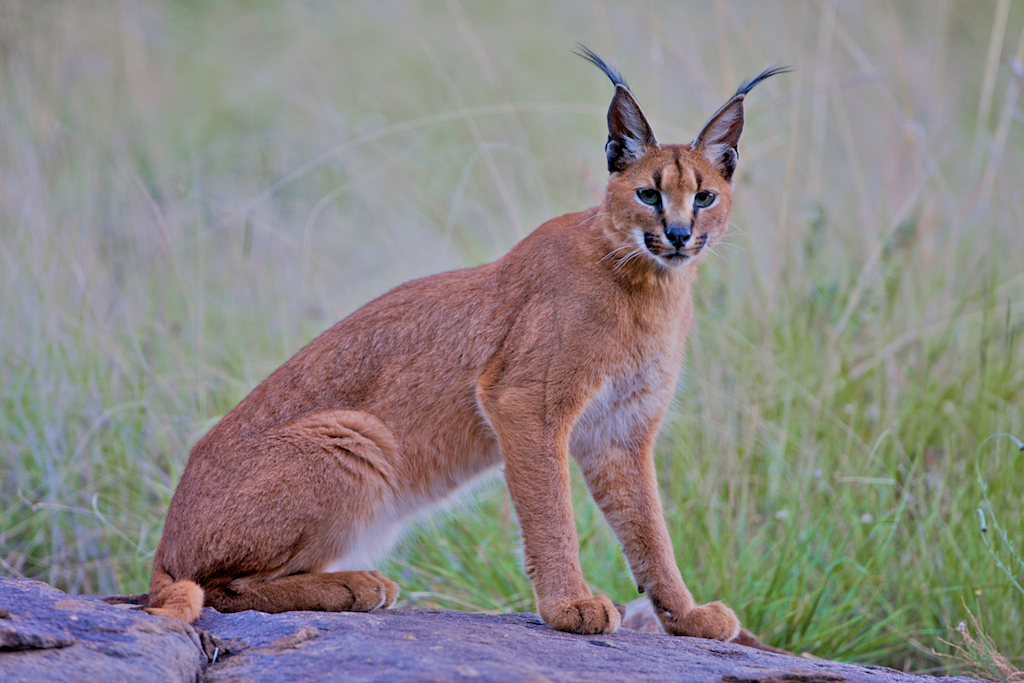 The Zanzibar Red Colobus is a monkey that lives only on Zanzibar, an island off the coast of Tanzania, East Africa. They are an endangered species with no more than 3000 left in the wild. The people of Zanzibar hold negative views of the animal and call them `poison monkey' because of their unusual smell. 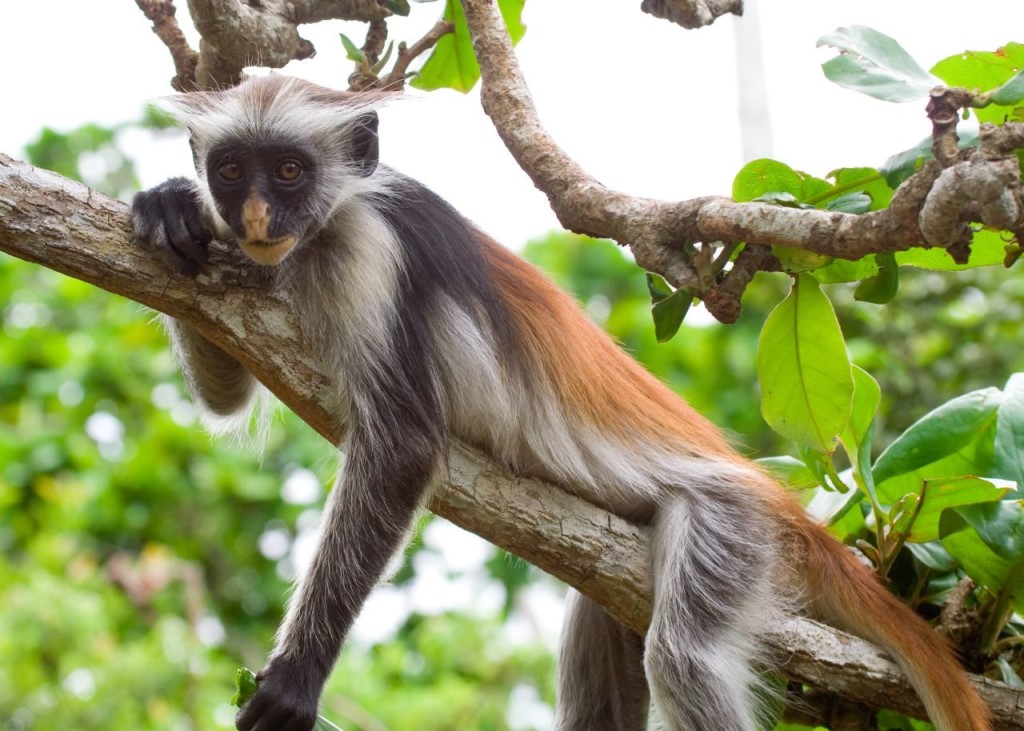 The mandarin fish swims in the south-west Pacific Ocean close to Australia, Taiwan, and the Philippines. Its array of color resembles the robes worn by an Imperial Chinese mandarin (a high-ranking bureaucrat) and the blue color comes from a cellular pigment that is unique to the species. 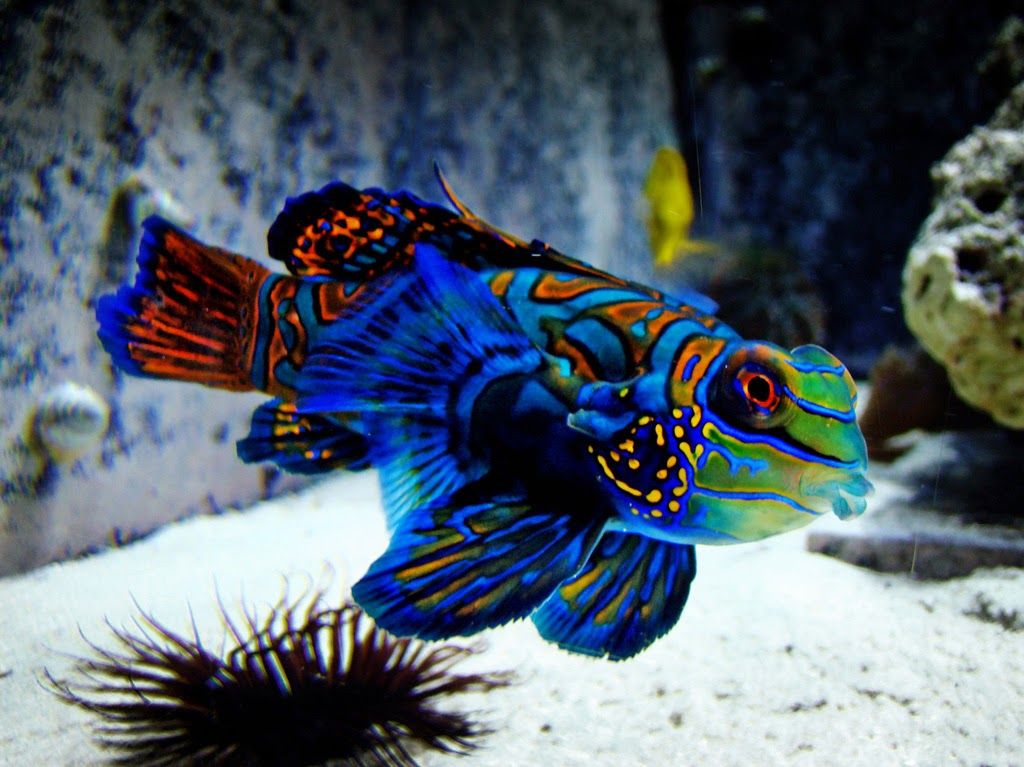