Most people don’t know much about electric eels, except that they produce electricity. Although not endangered, electric eels only live in one small region of the world and are hard to keep in captivity, so most people have never seen one. Some common «facts» about them are just plain wrong. Here’s what you need to know.

The Electric Eel Is Not an Eel

The most important fact to know about electric eels is that, unlike the Moray pictured here, they are not actually eels. Although it has an elongated body like an eel, the electric eel (Electrophorus electricus) is actually a type of knifefish. 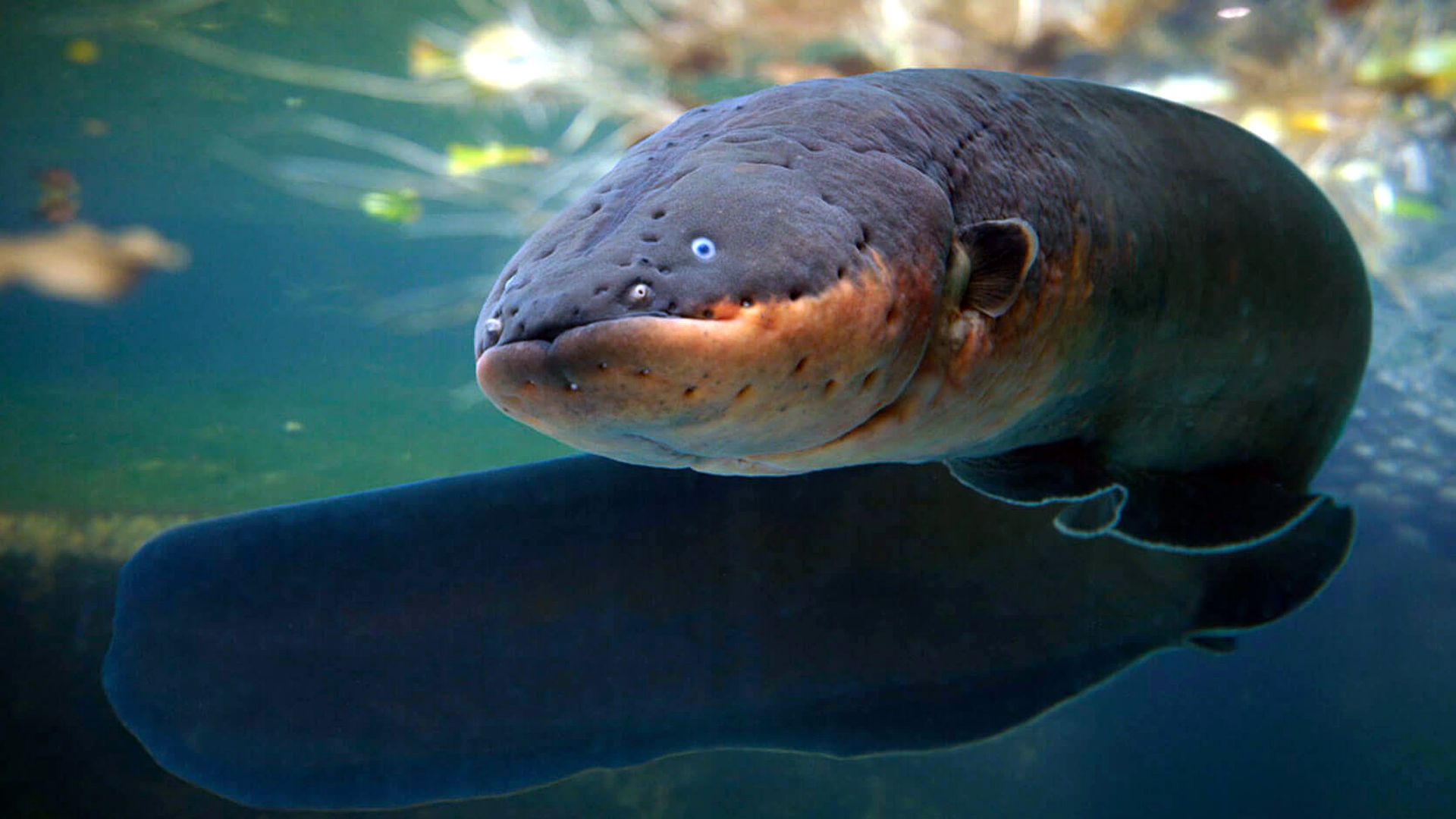 It's okay to be confused; scientists have been for many years. The electric eel was first described by Linnaeus in 1766 and since then, has been reclassified several times. At present, the electric eel is the only species in its genus. It is only found in muddy, shallow waters surrounding the Amazon and Orinoco rivers in South America.

Electric eels have cylindrical bodies, up to 2 meters (about 8 feet) in length. An adult may weigh 20 kilograms (44 pounds), with males being much smaller than females. They come in a range of colors, including purple, gray, blue, black, or white. The fish lack scales and have poor eyesight but have enhanced hearing. The inner ear is connected to the swim bladder by small bones derived from vertebrae that increase hearing capacity. 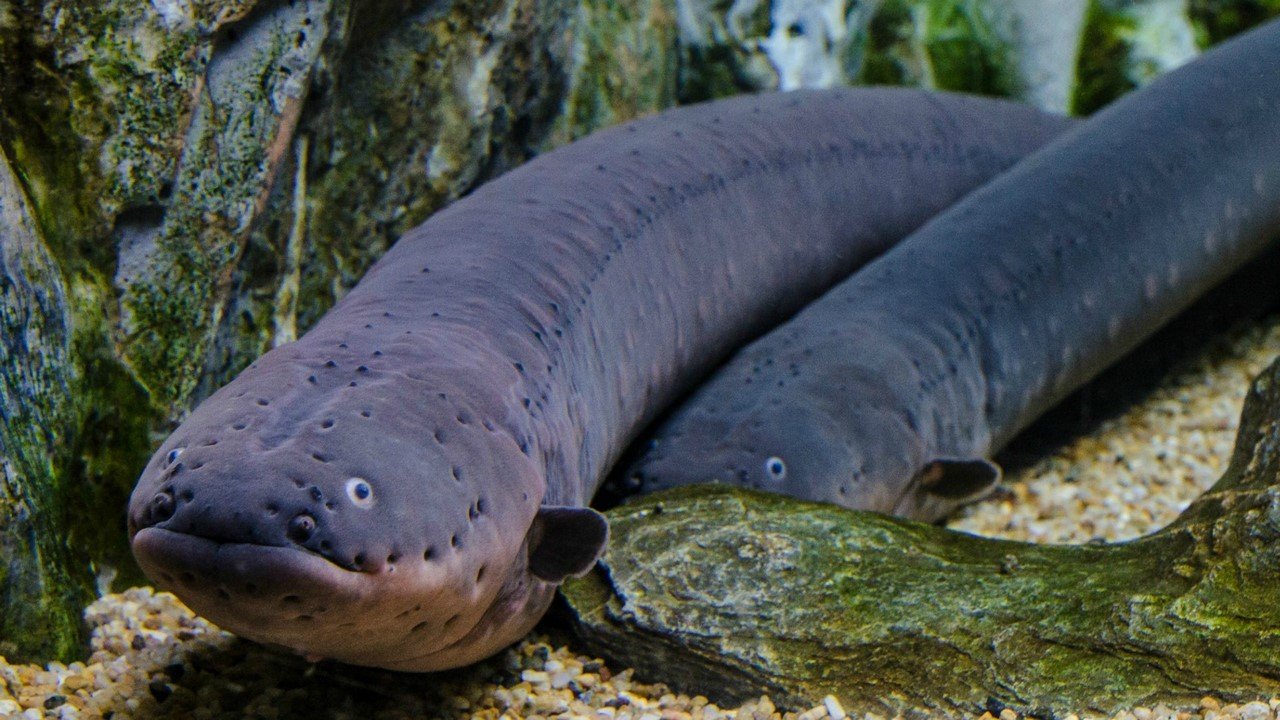 While the fish live in water and possess gills, they breathe air. An electric eel needs to rise to the surface and inhale about once every ten minutes.

Electric eels are solitary creatures. When they mass together, the group of eels is called a swarm. Eels mate during the dry season. The female lays her eggs in a nest the male constructs from his saliva. 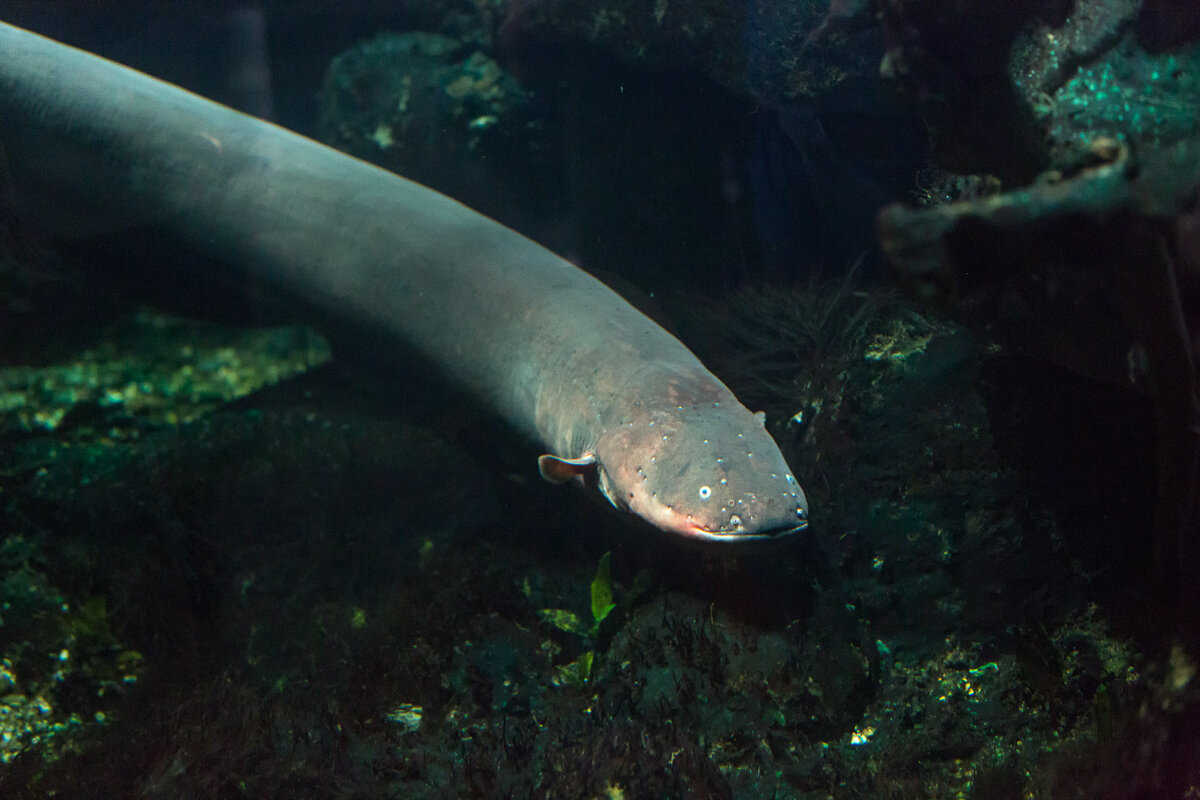 An electric eel has three organs in its abdomen that produce electricity. Together, the organs make up four-fifths of an eel's body, allowing it to deliver low voltage or high voltage or use electricity for electrolocation. In other words, only 20 percent of an eel is devoted to its vital organs. 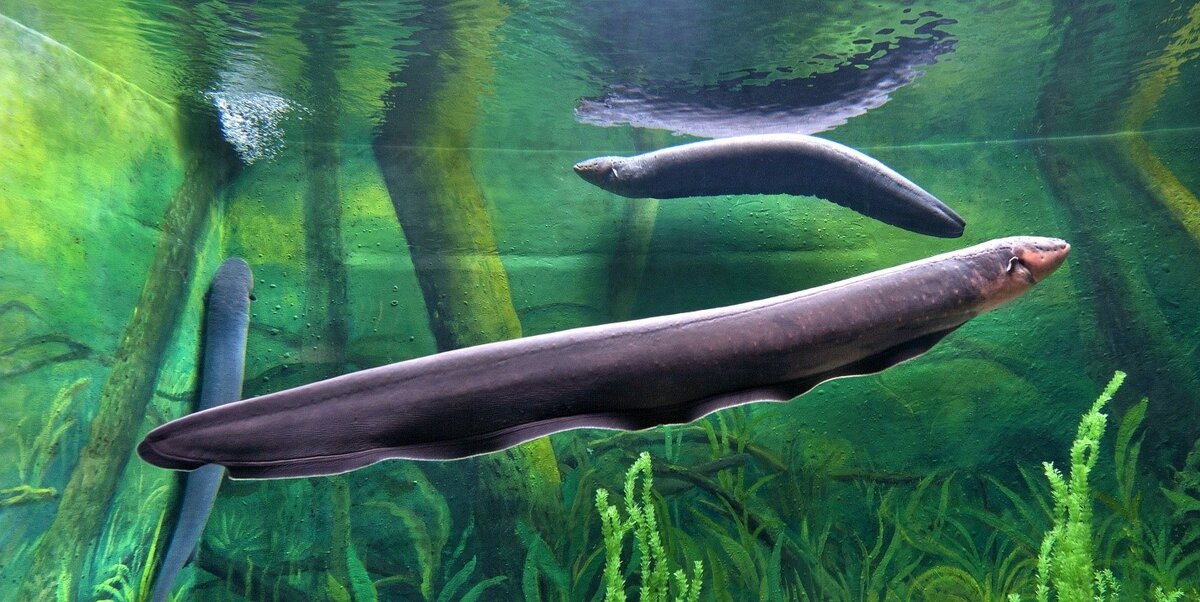 Electric Eels Can Be Dangerous

A shock from an electric eel is like the brief, numbing jolt from a stun gun. Normally, the shock can't kill a person. However, the eels can cause heart failure or respiratory failure from multiple shocks or in persons with underlying heart disease. More often, deaths from electric eels shocks occur when the jolt knocks a person in the water and they drown.

Eel bodies are insulated, so they don't normally shock themselves. However, if an eel is injured, the wound can make the eel susceptible to electricity. 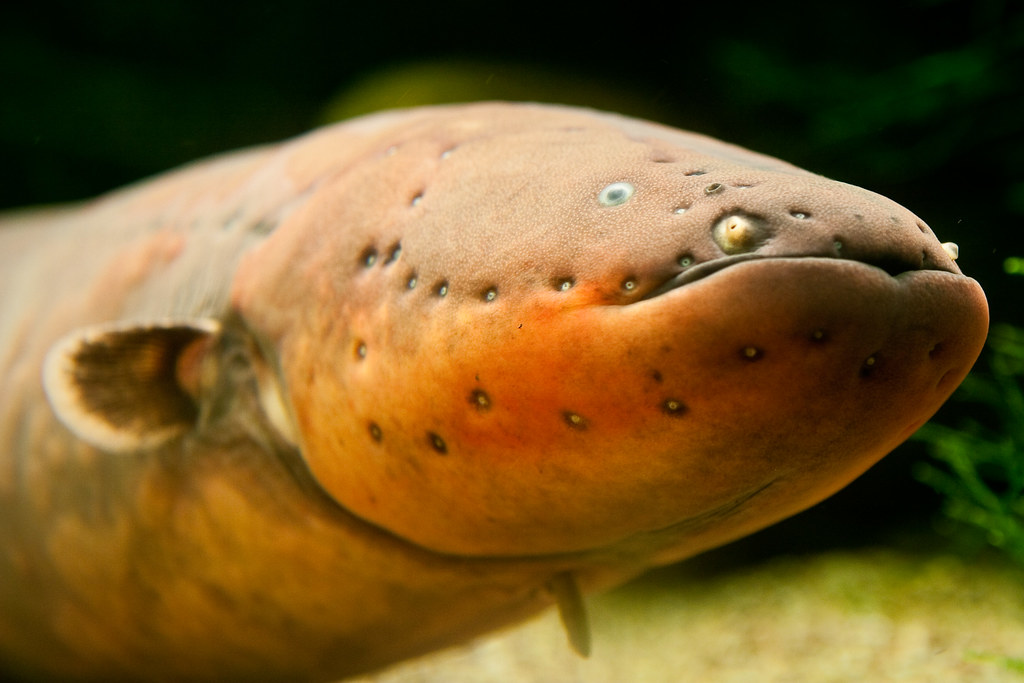 There Are Other Electric Fish 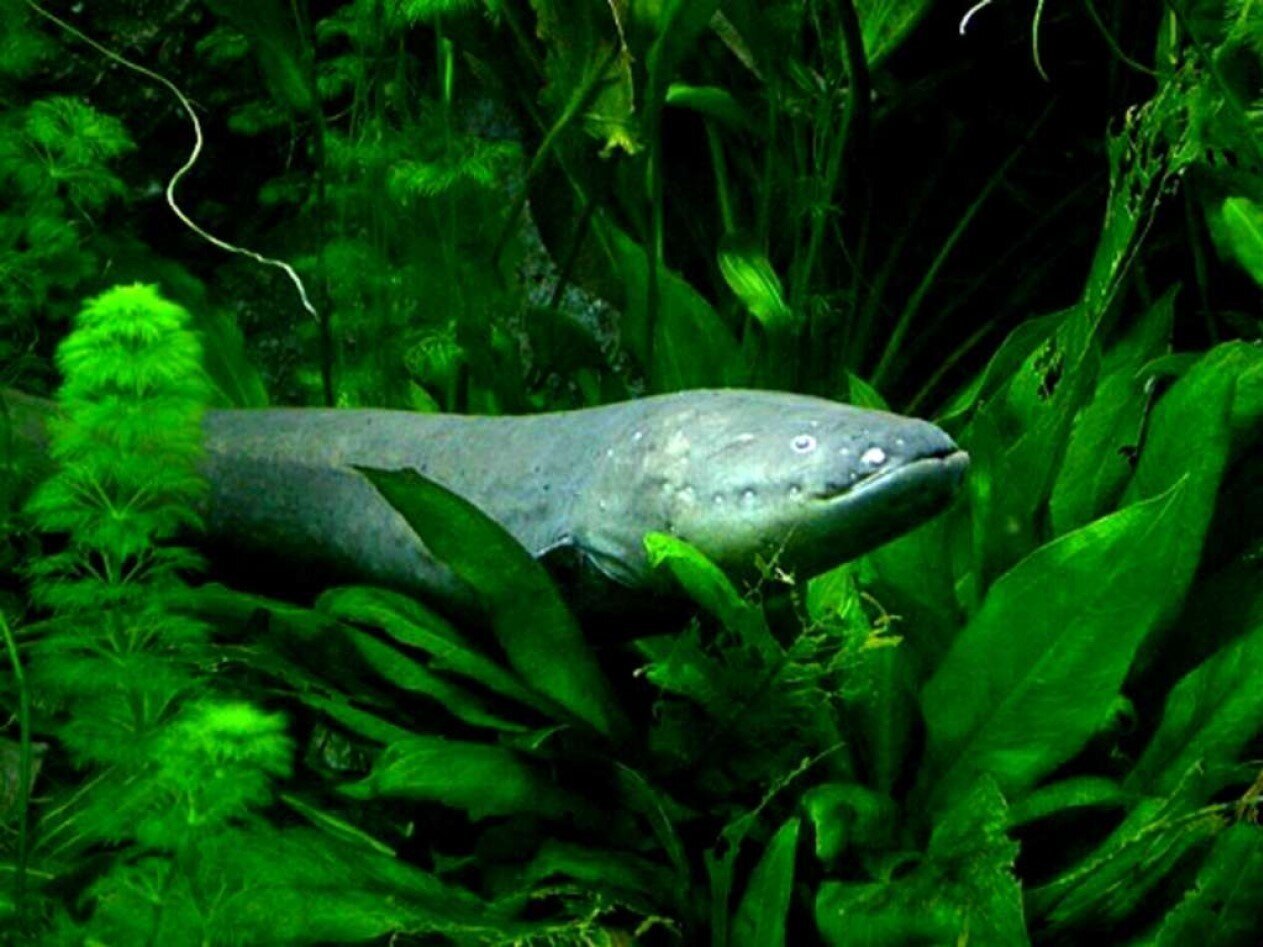 The ancient Egyptians used the shock from the catfish as a remedy to treat arthritis pain. The Egyptian name for the electric catfish translates as "angry catfish." These electric fish deliver enough electricity to stun an adult human but are not fatal. Smaller fish deliver less current, which produces a tingle rather than a shock. 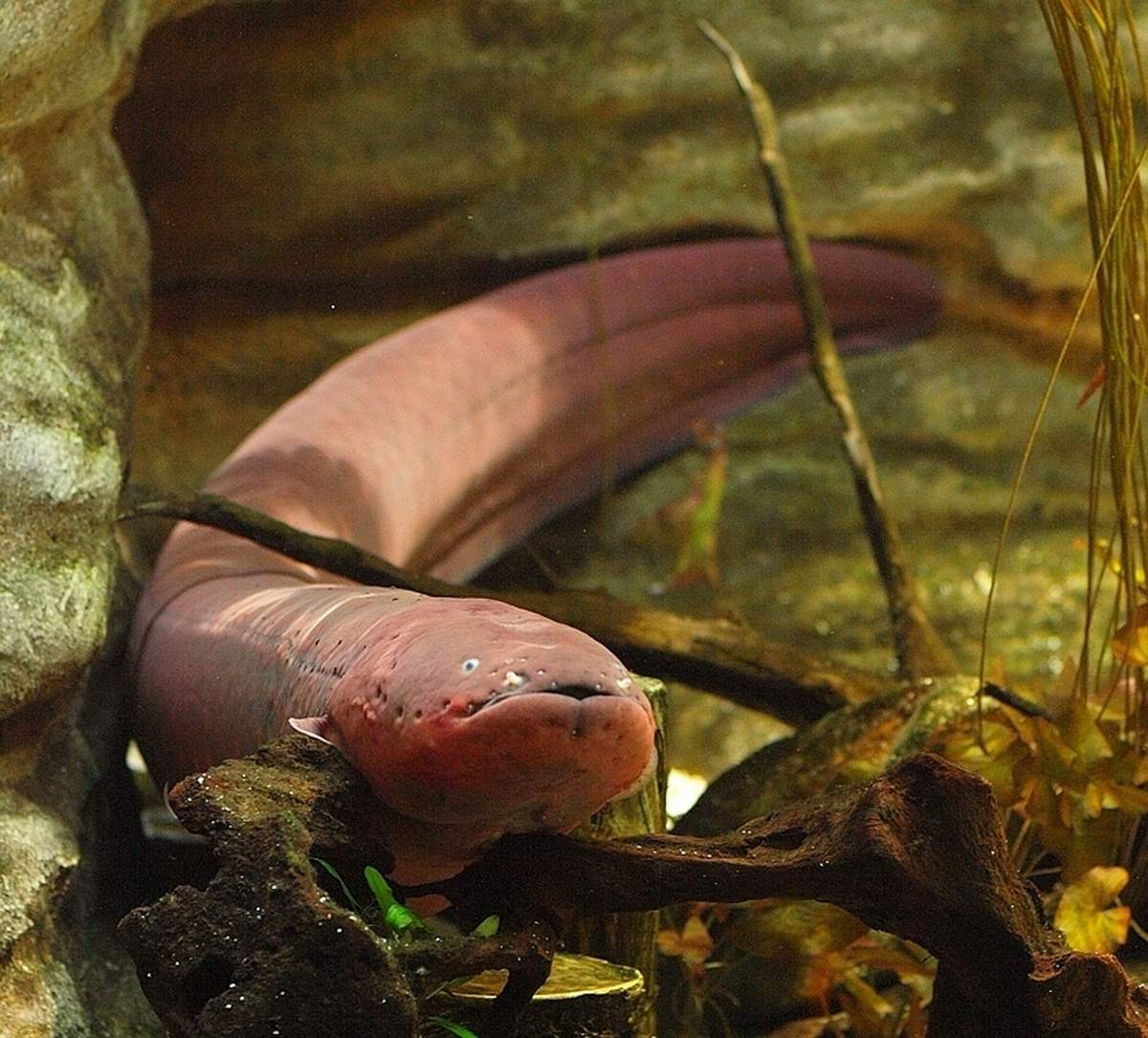