6 Things You May Not Know About ‘Coming to America’

From behind-the-scenes drama between the film’s star and director to casting secrets, here are some facts about the 1988 movie starring Eddie Murphy and Arsenio Hall.

Beloved by audiences who still quote the film’s iconic lines, Coming to America has grossed over $120 million at the box office since it was released in 1988. Starring Eddie Murphy and Arsenio Hall as Prince Akeem and his loyal servant Semmi, respectively, the pair travels from their fictional African country of Zamunda to the United States in order to find a love match for the single royal. 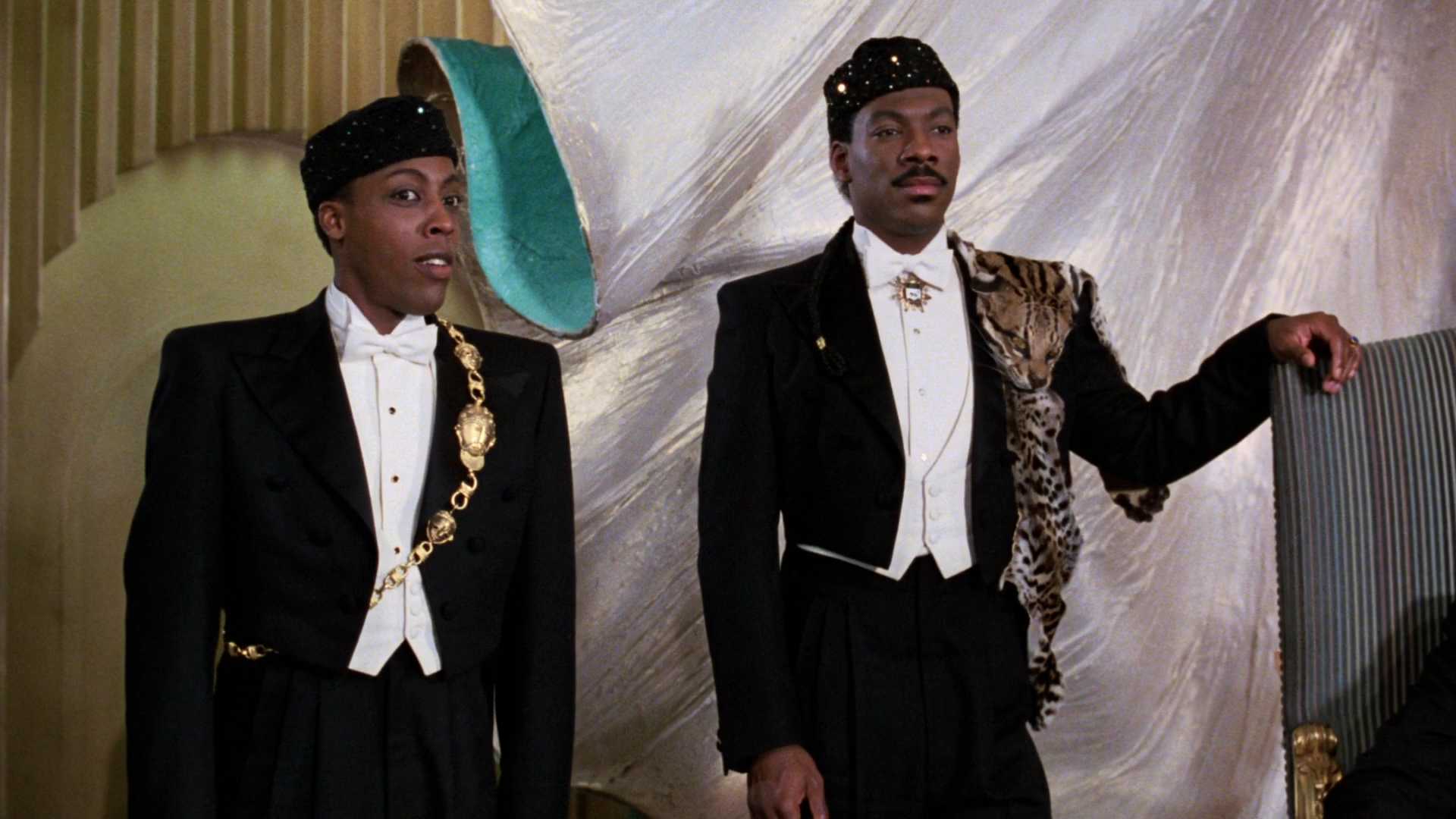 It was the first movie in which Murphy played multiple characters

Before The Nutty Professor", Norbit and Bowfinger, Murphy had only ever appeared on film in a singular role. Thanks to the Oscar-nominated makeup creations of Rick Baker and Murphy’s ability to disappear into character, Coming to America featured the star as Prince Akeem, My T Sharp barbershop owner Clarence, shop regular Saul and Sexual Chocolate vocalist Randy Watson. Hall also spent hours in the makeup chair to become Semmi, the effusive Reverend Brown, second barber chair Morris and “Extremely Ugly Girl” in the bar scene. 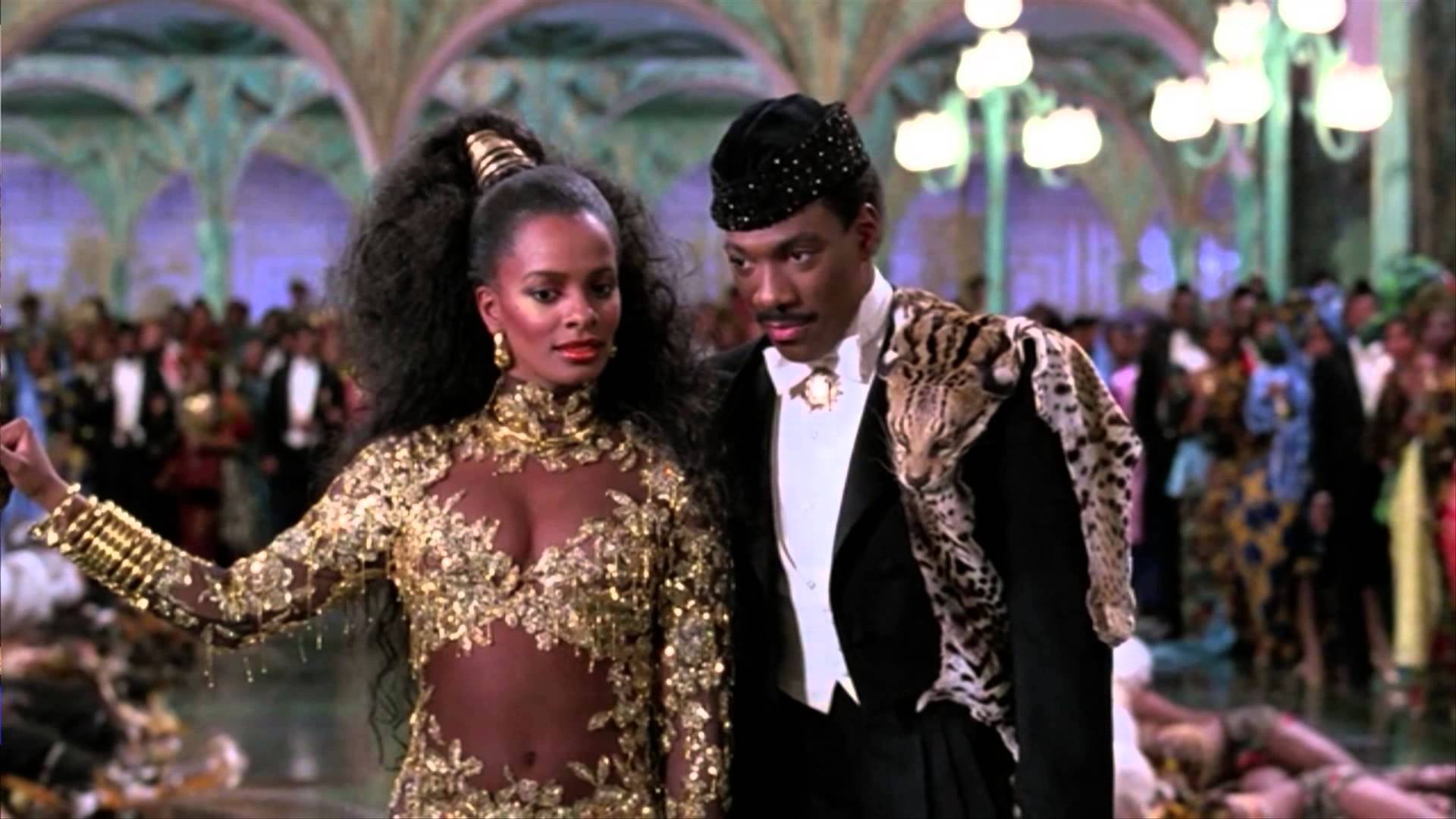 Louie Anderson was cast to keep the studio happy

According to Murphy, comedian Louie Anderson’s role as a McDowell’s employee was included to appease studio executives who wanted “somebody white” in the film. “Louie Anderson is in the original Coming to America because the whole cast was Black and the studio was like, ‘We have to have somebody white in it. We’re not making the movie without somebody white in it.’” Murphy recounted during a 2021 Today interview. “I was like, ‘Really?’ So I was like, ‘Who’s the funniest white guy around and a friend of mine? Oh, Louie’s perfect!’ And that’s how Louie ended up in the movie.” 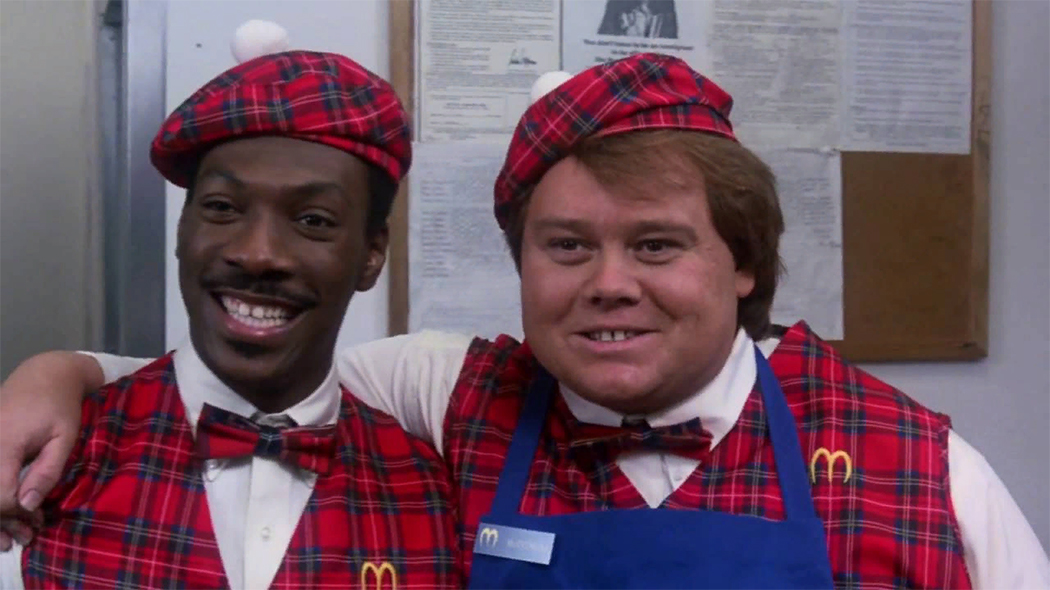 James Earl Jones and Madge Sinclair turned in suitably regal performances as Zamunda’s King Jaffe Joffer and Queen Aoleon. So impressed were audiences and Hollywood executives, Jones and Sinclair would be asked to reunite for the 1994 animated blockbuster The Lion King in the roles of Mufasa, king of Pride Rock, and his mate, Sarabi. 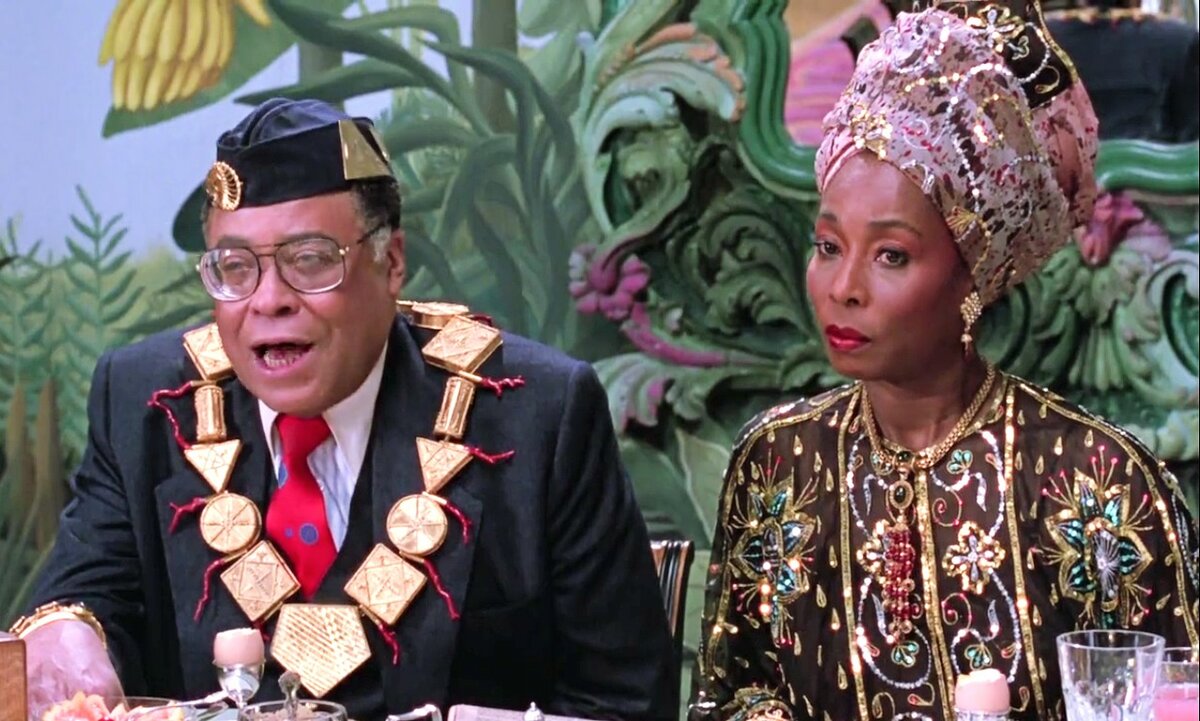 McDowell’s restaurant was actually a Wendy’s, not a McDonald’s

Though McDowell’s restaurant intentionally bore an uncanny resemblance to real-life McDonald’s (whose identity was appropriated by Cleo McDowell onscreen but approved by the corporation for participation in the film), the actual restaurant used in Coming to America was a working, Queens Boulevard Wendy’s location. The building remained a restaurant until 2013 when it was demolished to make way for a luxury apartment building. 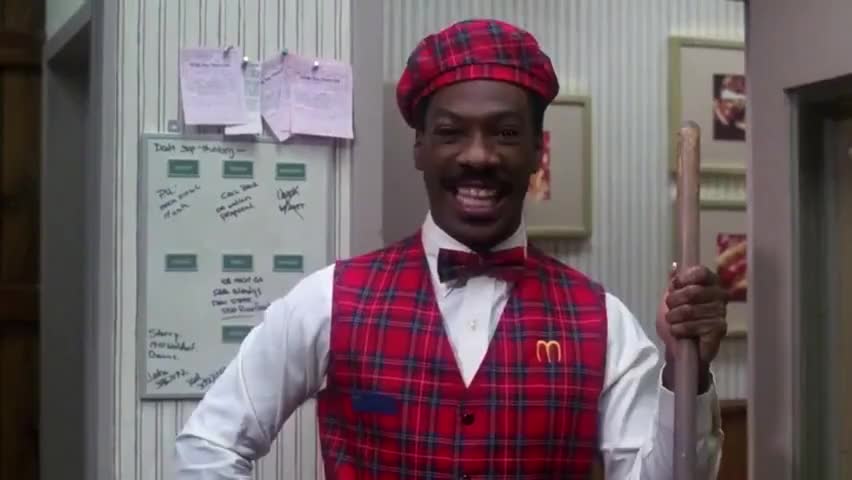 The movie was almost spun-off into a TV series

Trying to cash in on the success of the hit movie, Murphy and Paramount attempted to transfer Coming to America to CBS in 1989 with a weekly show centered on Prince Tariq, the younger brother of Akeem who was sent to America to attend college. Only the pilot episode was ever filmed and starred Tommy Davidson as Tariq, alongside film original Paul Bates as Oha. Critical response was not kind and nothing further became of the planned series. 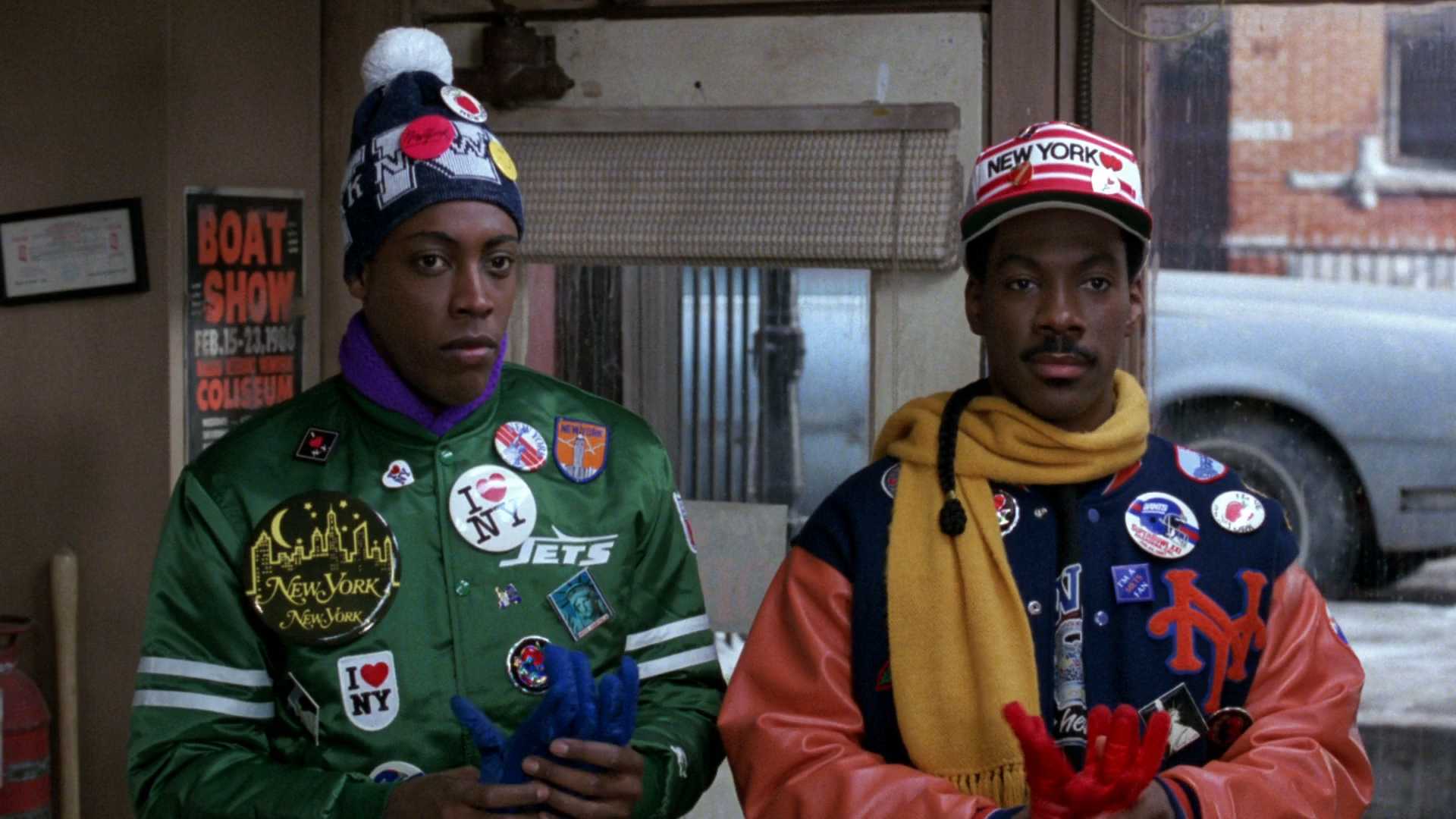 Murphy was accused of stealing the idea for the movie

At the time of the movie’s release, filmmaker and writer Art Buchwald accused Murphy of lifting the idea for the story from a treatment he did in 1982. In Buchwald v. Paramount, the writer said the idea was taken from a script he had been developing called It’s a Crude, Crude World (late renamed King for a Day) that was mired in production difficulties. Buchwald won the lawsuit, accepted a settlement from Paramount and Murphy remains listed as the sole writer for the film. 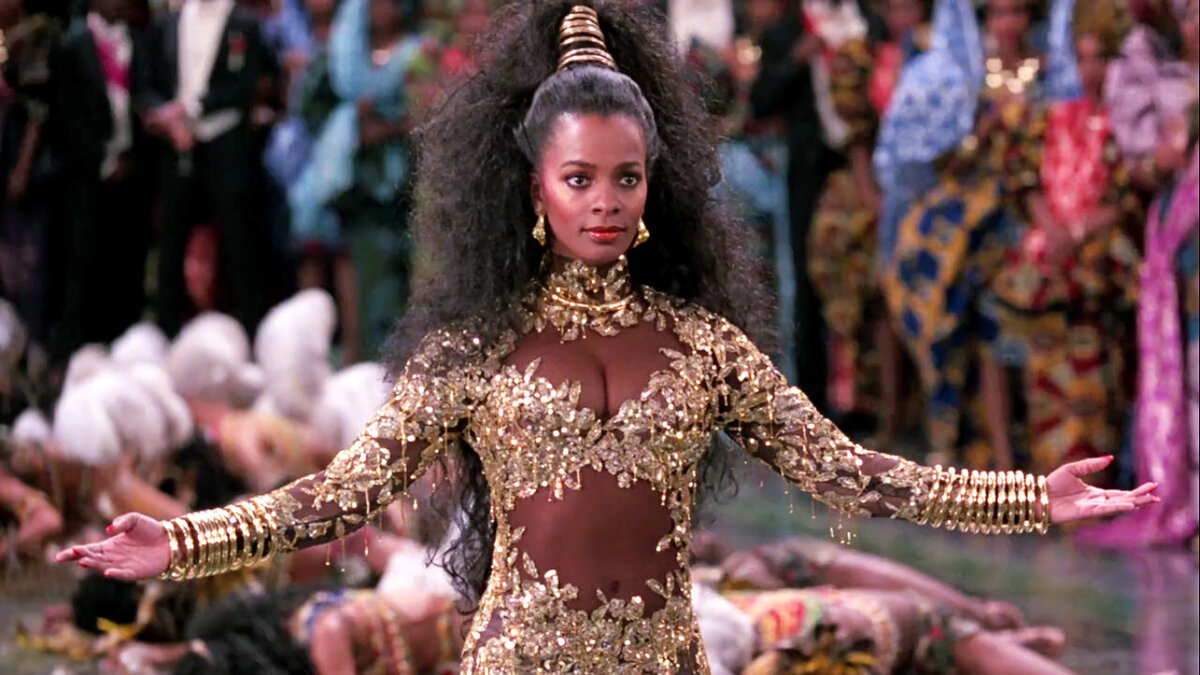 ADVERTISEMENT
Anna Nicole Smith’s daughter Dannielynn Birkhead is all grown up
Ellen Pompeo Hints That ‘Grey’s Anatomy’ Could Continue Without Her: We’re Always ‘Trying to Reinven...
6 Celebrities Who Have Spoken up about Their Pregnancy Loss
7 Bizarre Facts About History’s Weirdest Fads
Lala Kent reveals how ex Randall Emmett allegedly prevented her from leaving their home with daughte...
6 Best Hobbies to Relax Your Mind & Body on Vacation