Downton Abbey took the world by storm when it first premiered in 2010. Viewers couldn’t get enough of the Crawleys, their relationships, and all the drama that took place inside those castle walls. To this day, fans can still visit a traveling exhibition that brings them behind the scenes of the show and back in time. In celebration of the second movie, Downton Abbey: A New Era, we’re looking back at every bit of trivia from the original show.

The series was inspired by popular American shows

“I was constantly thinking in terms of those American structures. I had liked E.R. There was something called Chicago Hope that I liked very much, and Thirtysomething, with all those stories going at once,” series creator Julian Fellowes said in Rebbeca Eaton’s memoir, Making Masterpiece: 25 Years Behind the Scenes at Masterpiece Theatre and Mystery! on PBS. 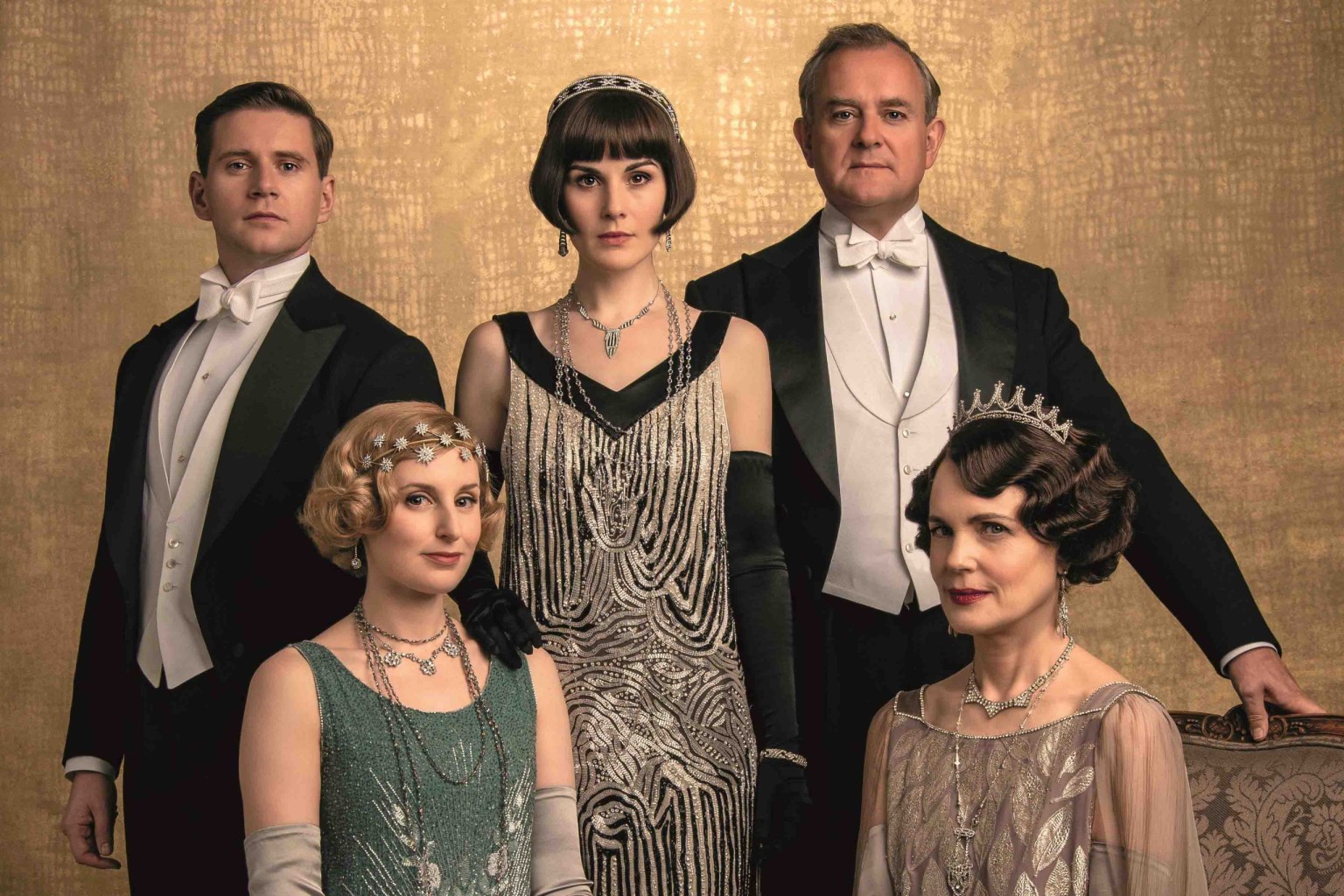 Gillian Anderson turned down a role on the series

She was approached to play Cora Crawley, who was ultimately portrayed by Elizabeth McGovern.

The servant's quarters scenes were filmed on a soundstage

The quarters at Highclere Castle weren't in good enough condition to film in, so the kitchen and servants' bedroom scenes were filmed in a London studio.

The show was an almost instant success

By 2013, Downton Abbey became the highest-rated show on PBS's Masterpiece of all time. A whopping 120 million viewers—in 200 countries and regions—tuned in. 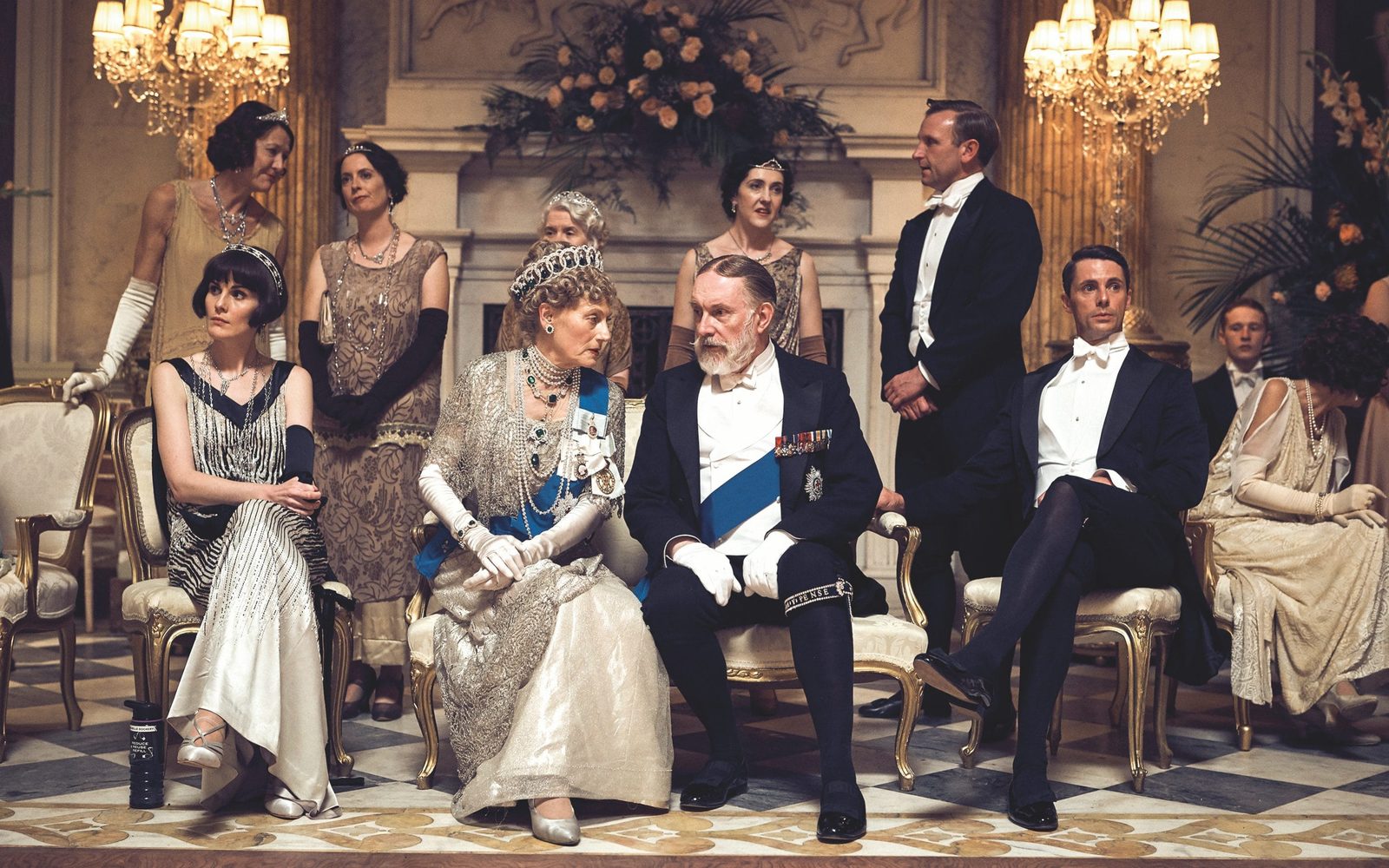 And she almost turned down the role of Lady Edith

She had just been offered the role of Viola in a touring production of Shakespeare's Twelfth Night, and initially thought the role on Downton would be a small one. "A few days later my agent said, 'You have an audition for a period drama.' I thought it was going to be a 'Yes, milord,' a half-day's filming, one line maybe. But it would be good to have on your CV that you'd done telly. And I thought, 'I'm going to have to turn down this dream Shakespeare for this TV job. What a disaster!' And it was Downton. So I went and read and realized it was for a lead part. And I don't know how it happened," she said. 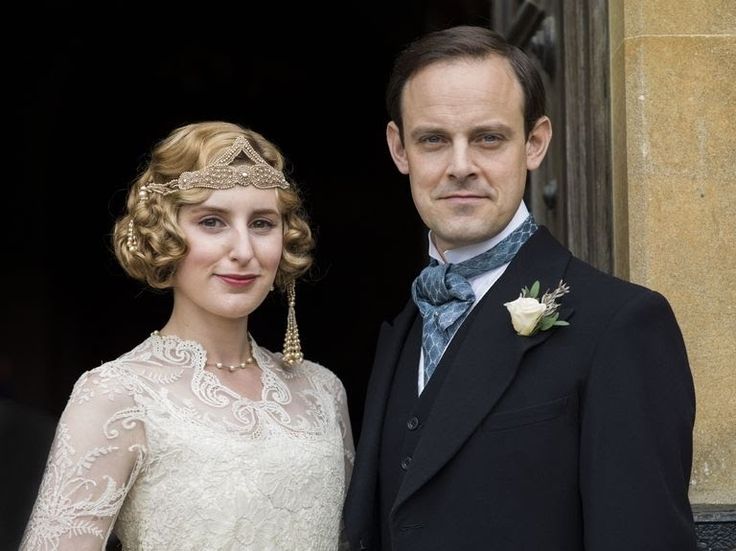 There was only one bedroom set

Cora, Mary, and Edith all had the same bedrooms in real life—it was just redecorated depending on what room it needed to be. And it was redecorated quite often, apparently.

"By the end of the season it's quite thick with paint and wallpaper," Donal Woods, production designer, . "If you're very smart, you'll look out the window and it's always the same view." 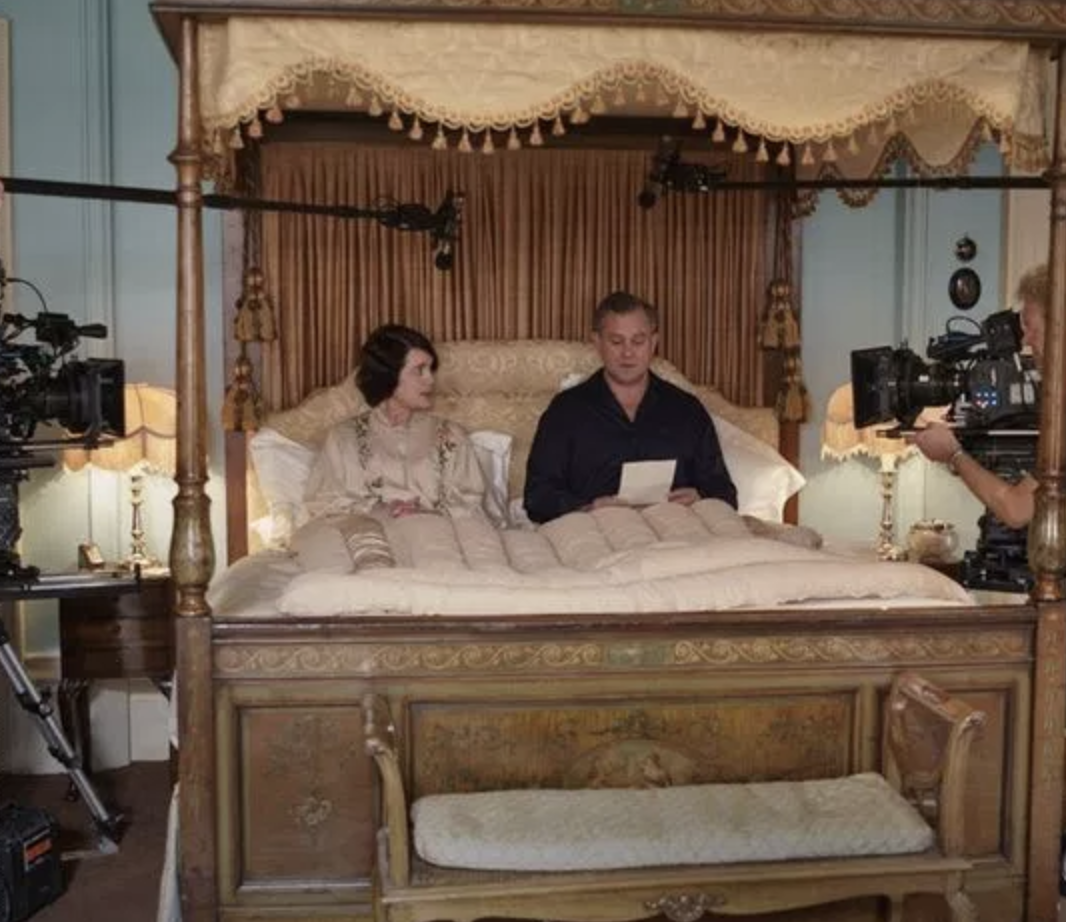 "Until I was 18, ballet was my life I loved it; I even danced at the Royal Opera House with the Kirov," she explained. "Then I injured my ankle, had three operations on it, and the last one went wrong. I was told I would never dance again." 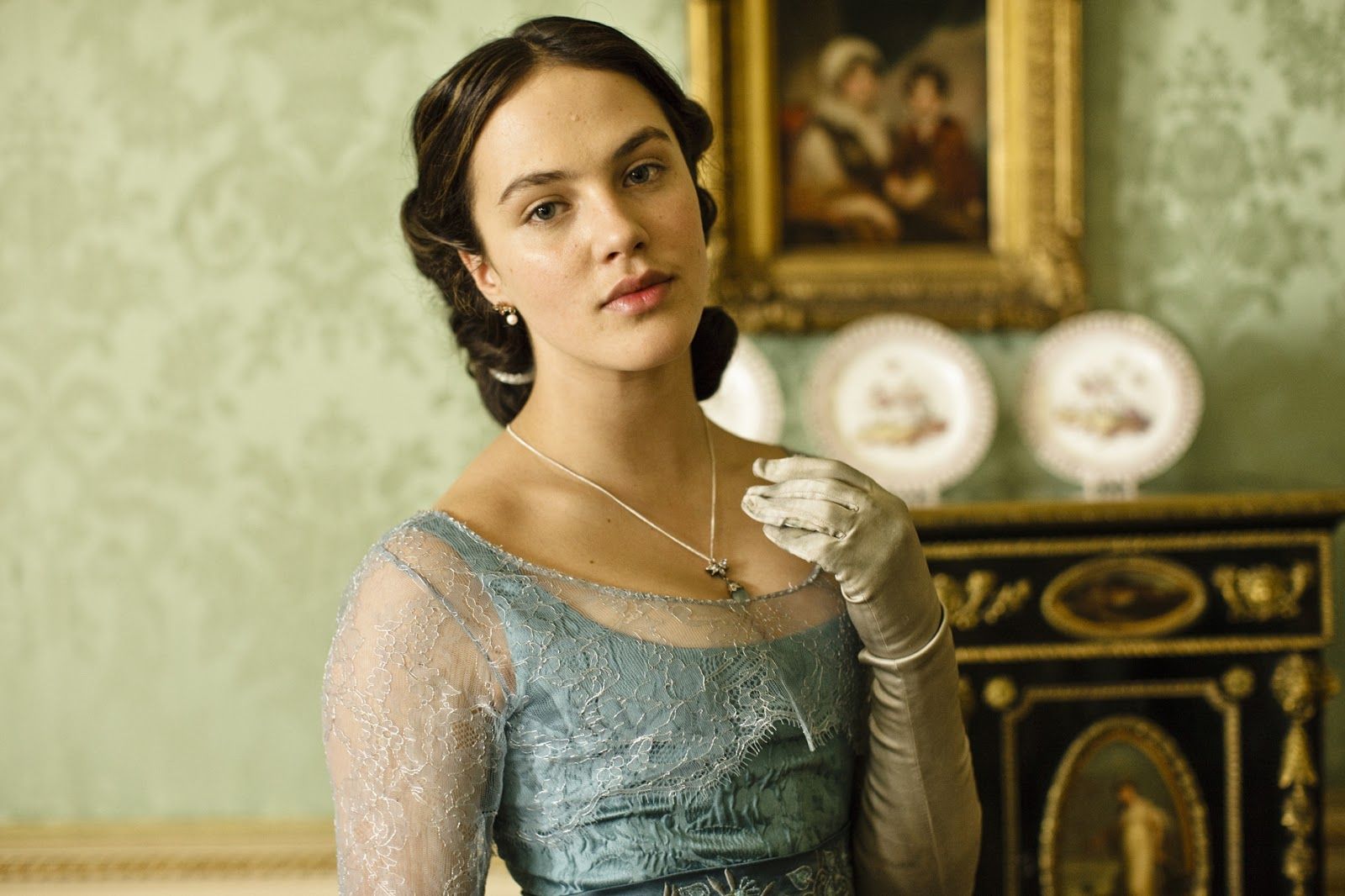 "We do stink, as they don't wash our costumes," Sophie McShera, who played cook's assistant, Daisy, explained to the Daily Mail. "They have these weird patches, which are sewn into the armpits and which they wash separately."

Madame Tussauds celebrated the show in 2011

Madame Tussauds marked Downton Abbey's return by dressing up its most famous celebrity wax figures as characters from the show. From left to right: Russell Brand as a groom, Nicole Kidman as Her Ladyship, Bruce Willis as His Lordship, and Cheryl Cole as a maid. 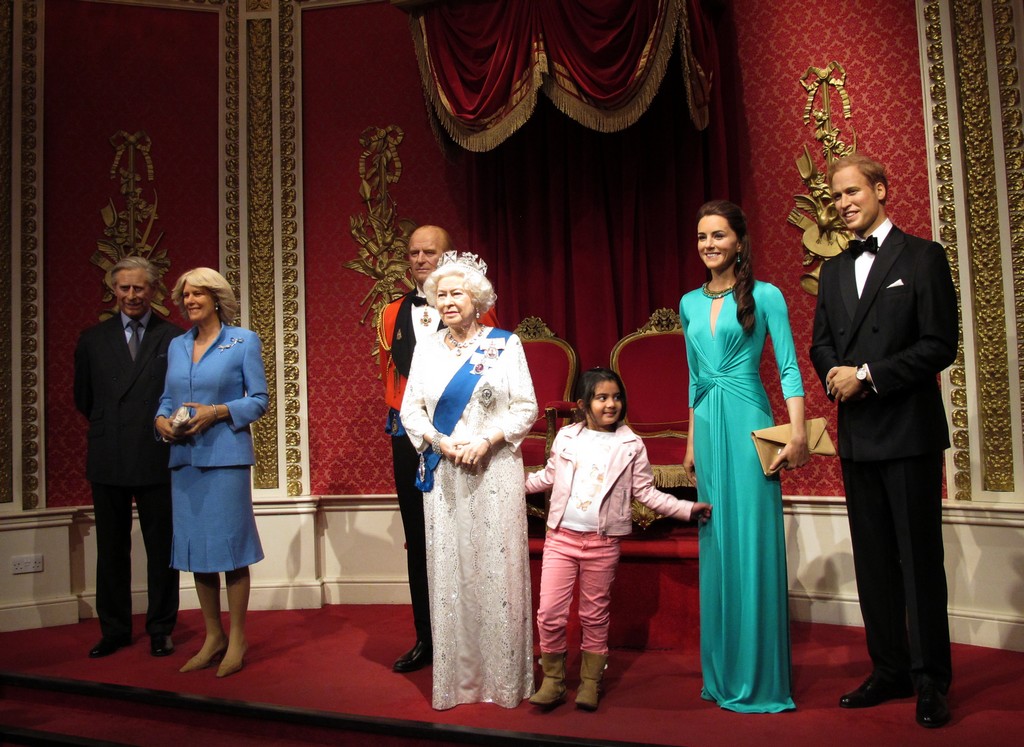 Whenever the wardrobe department could get its hands on a real piece from back in the day, it would be used on the show. They had a team to restore articles of clothing that needed a little love and care before they could be worn again. Since this type of clothing is so fragile, it couldn't be washed or ironed. 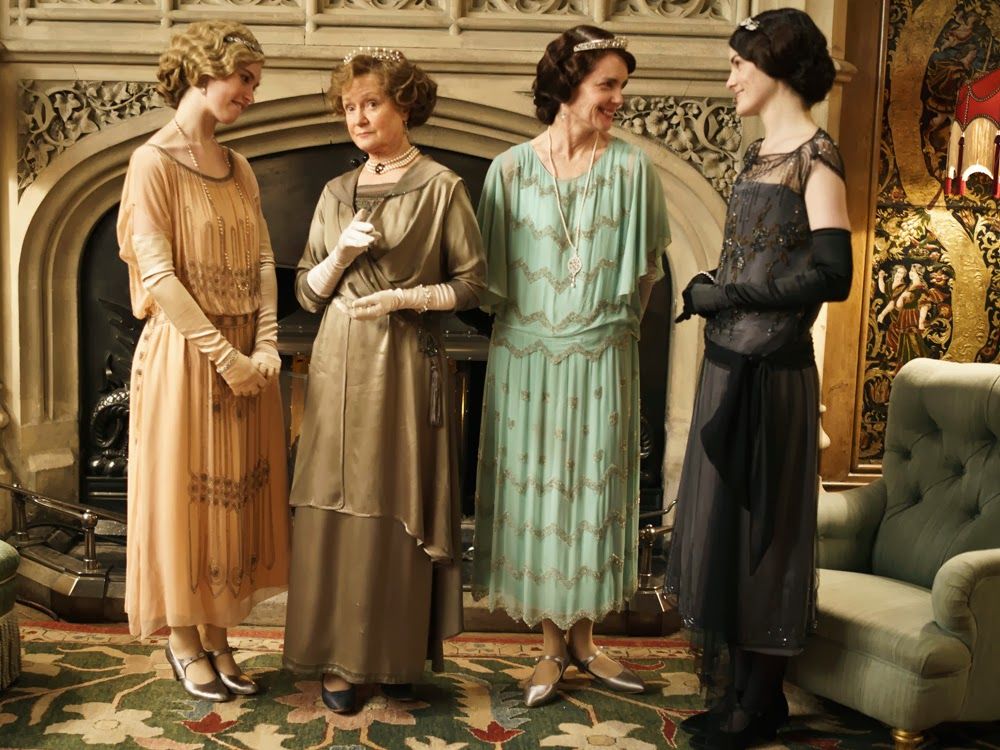