6 Things You May Not Know About The Weeknd

The Grammy-winning artist had to overcome several obstacles on his journey to become a music sensation and Super Bowl headliner.

Before hitting the top of the charts with such hits as “Starboy,” “Can’t Feel My Face” and “Blinding Lights,” Abel Makkonen Tesfaye, better known as The Weeknd, had to work his way up from the bottom.

He dropped out of high school

After switching schools several times, The Weeknd eventually dropped out of high school when he was 17, also persuading his best friend, La Mar Taylor, to join him. The pair, along with another friend, Hyghly Alleyne, decided to move into a one-bedroom apartment in Toronto’s Parkdale neighborhood. He recalls his mother giving him “the worst look anyone could ever have,” as he dragged his mattress out of their home. “She looked at me like she had failed,” he told The New York Times in 2015. Admitting to Rolling Stone that he still feels insecure when “talking to someone educated,” he says he later began doing crossword puzzles to improve his vocabulary. 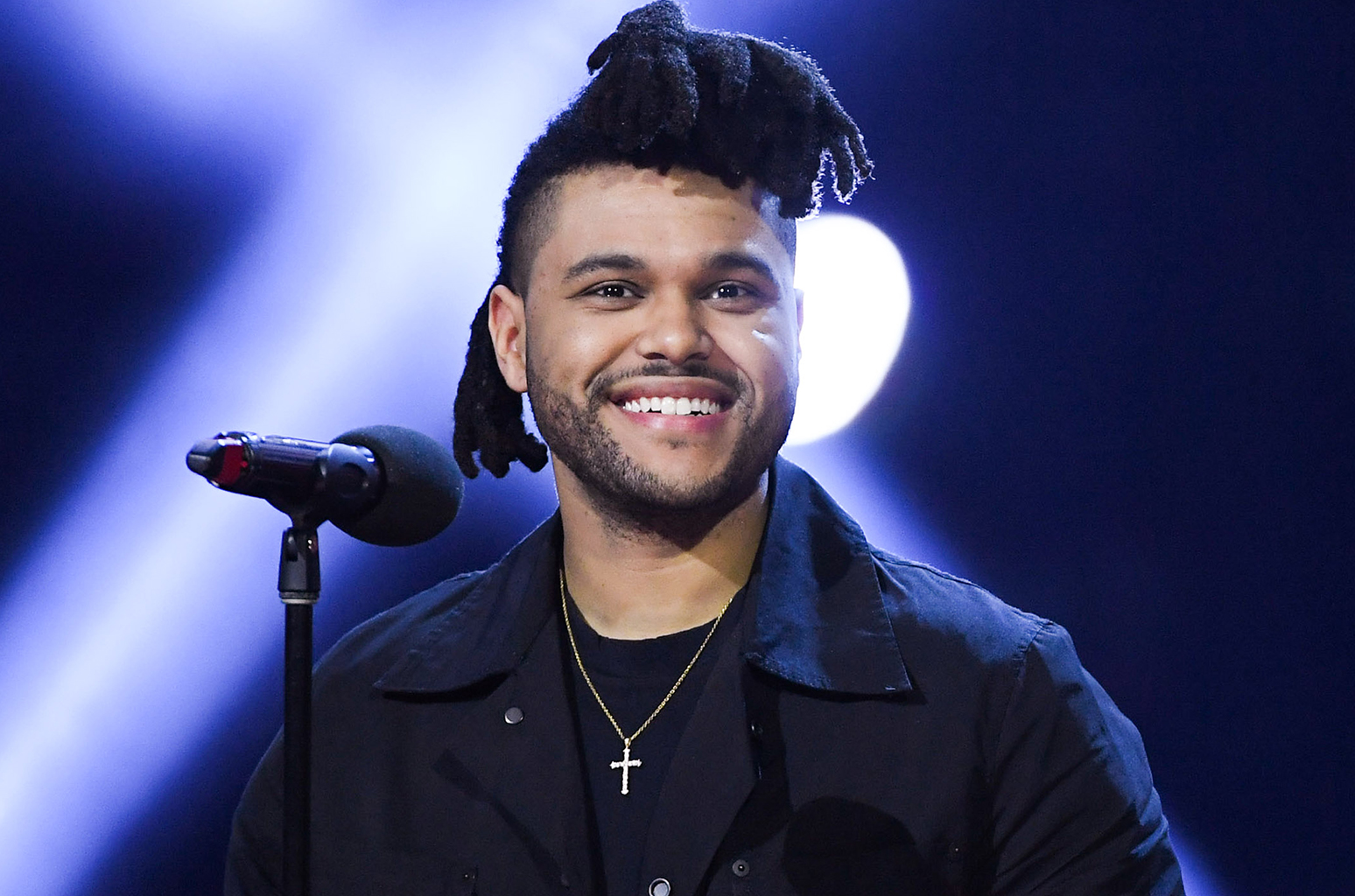 While The Weeknd was living in an $850-per-month apartment with his two high school pals — which they paid for with welfare checks — the trio would shoplift food from a nearby supermarket to survive. Eventually selling marijuana for a nominal amount of money, he and his roommates lived a “no rules” lifestyle and would get high on such drugs as MDMA, Xanax, cocaine, mushrooms and ketamine. (He also addressed this dark period of his life in his autobiographical 2020 song “Snowchild.”) They were eventually evicted, and The Weeknd admitted he’d tell various girls he loved them so he’d have a place to stay. “There was, like, three girls that thought legit that I was their boyfriend,’’ he explained to the New York Times. 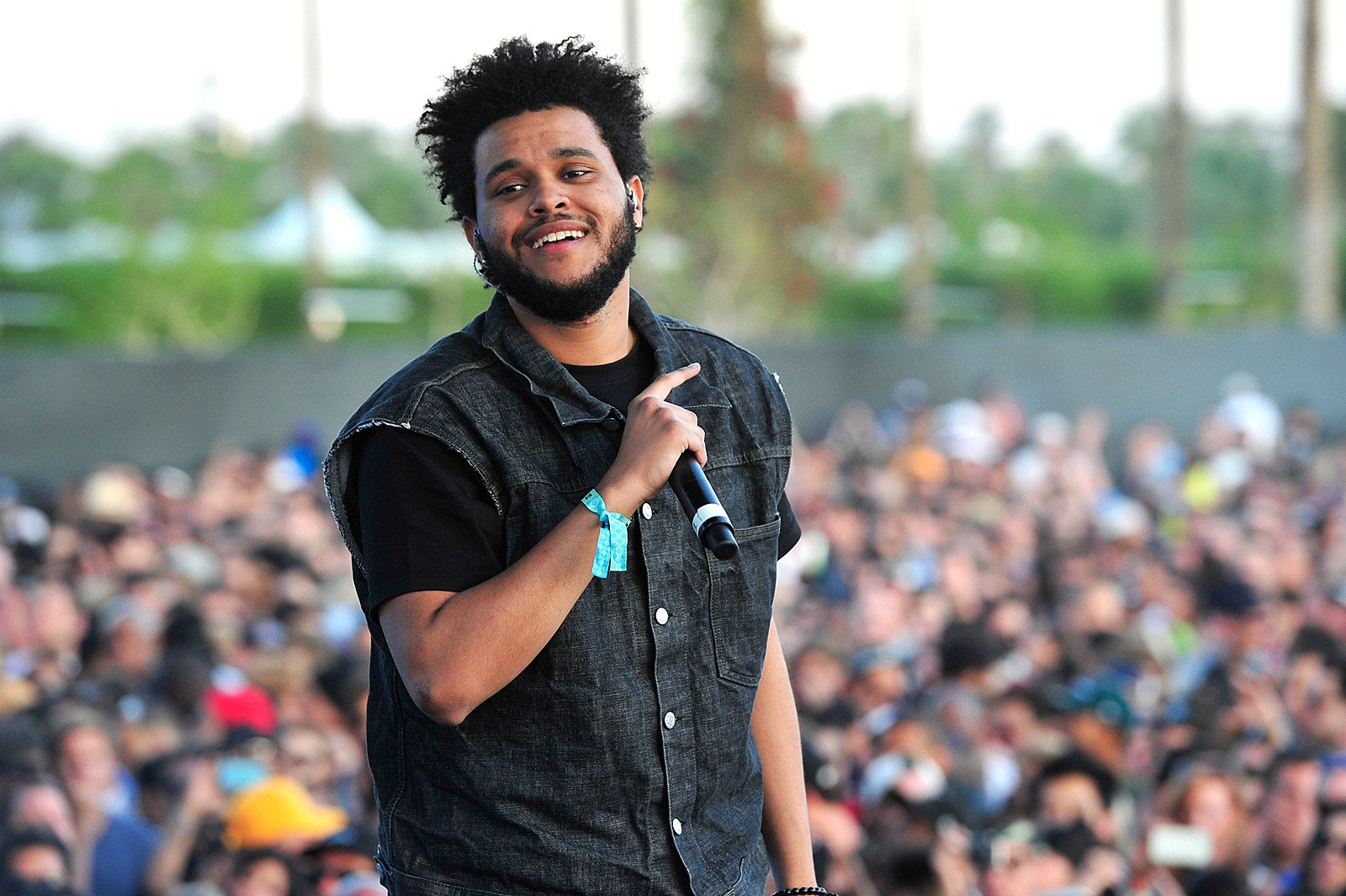 Drake initially introduced the then-little-known singer to his fanbase in 2010 by posting two of the fellow Canadian artist’s songs on his October's Very Own blog. After the two later met in 2011 while The Weeknd was promoting his debut House of Balloons, Drake asked him to appear on his Take Care track “Crew Love” the same year. "If you want to talk about evolution — a quick evolution — that's definitely somebody who, everywhere I go, they love him," Drake told MTV in 2012. "We're definitely a family. It's definitely a Toronto thing.” 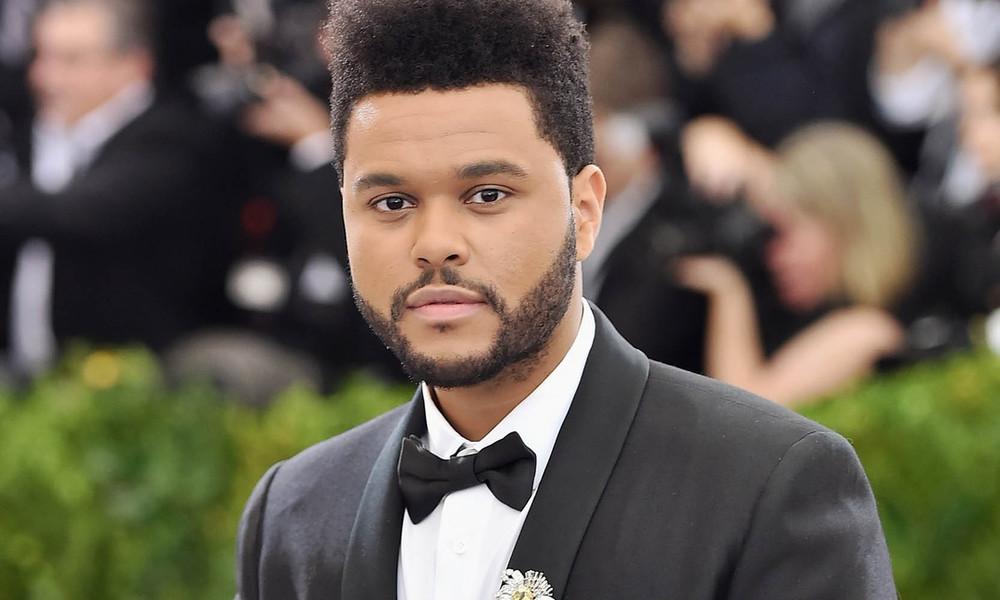 His trademark former hairstyle was a pain — literally

The Weeknd says his trademark dreadlock hairstyle — which was inspired by artist Jean-Michel Basquiat — caused him to sometimes wake up with neck pain. He kept the style anyway so that he didn’t end up looking "like everyone else,” also wanting to be remembered as “iconic and different.” In 2015, he told Rolling Stone that he’d “probably cut it” if it started to interfere with his sight, however. He eventually lopped his hair off in 2016, debuting his new short-haired look on the album artwork for Starboy. 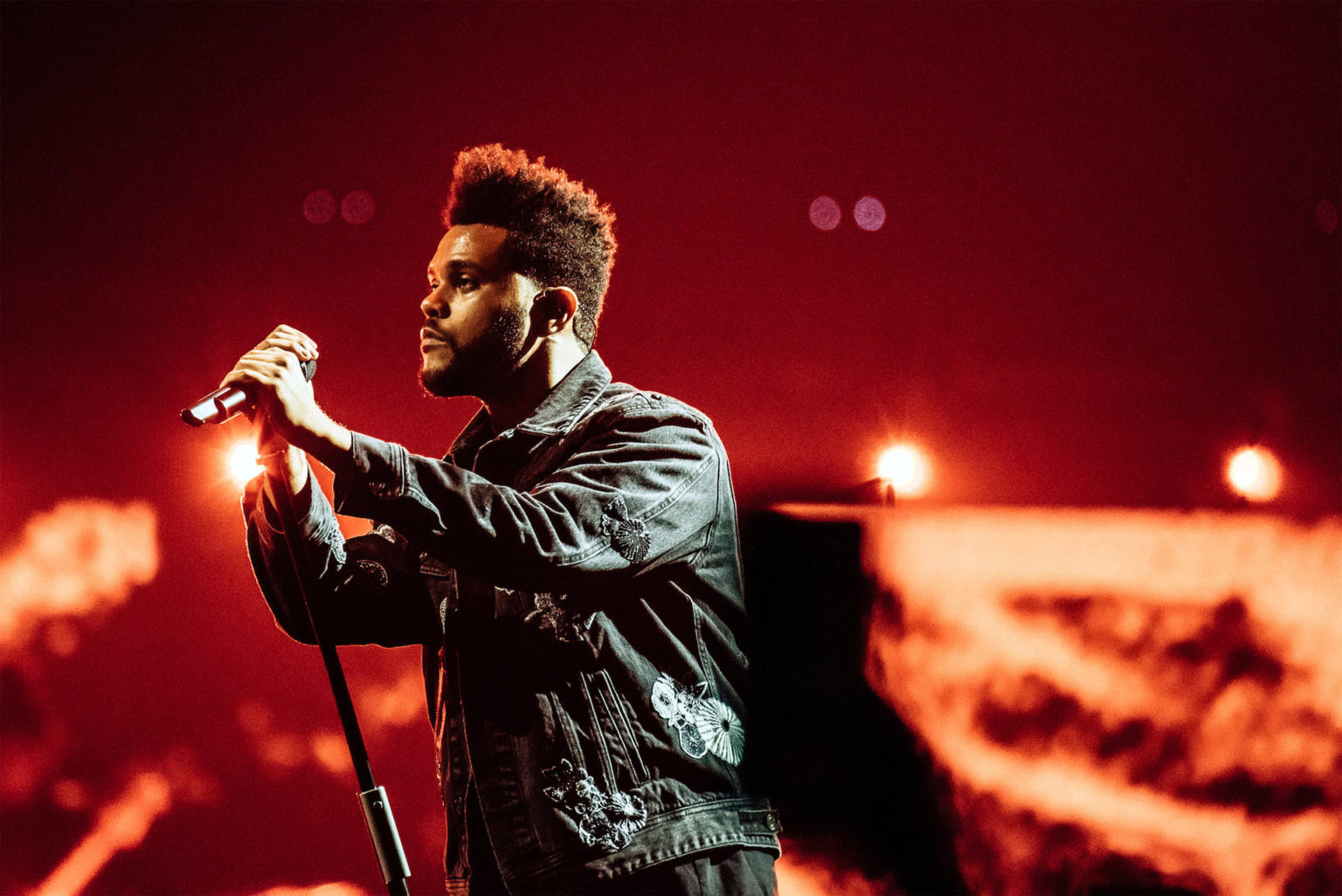 He worked at American Apparel

Before he made it big, The Weeknd worked folding shirts at an American Apparel retail store in downtown Toronto around 2010. He began making music with the intent of selling it to other musicians around the same time, and his co-workers would listen to his tracks while they worked without even realizing it was him singing them. 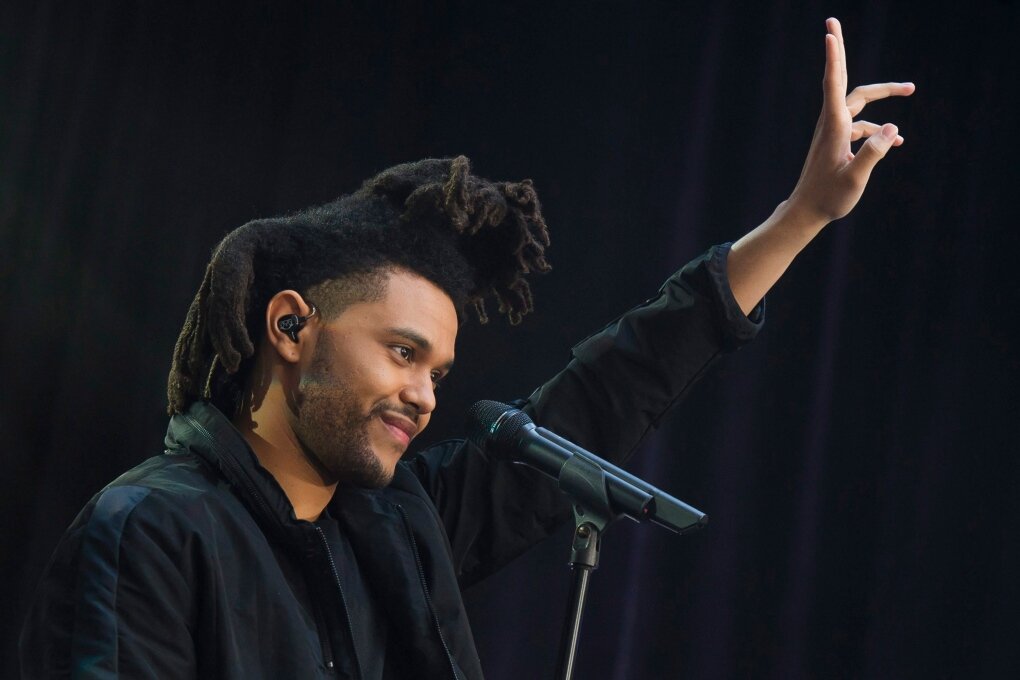 He has a $3 million car collection

Not only does he own the $1.2 million orange McLaren P1 seen in his “Starboy” music video, but the hypercar is only one part of his reported $3 million car collection. His other vehicles include:a Ferrari LaFerrari, a Porsche 918, a Lamborghini Aventador SVJ and a Bentley Mulsanne, among others. His $25 million L.A. mansion, which he listed for sale in June 2020, even includes a custom mirror-floored auto gallery garage that can switch between purple, blue and green neon lighting. 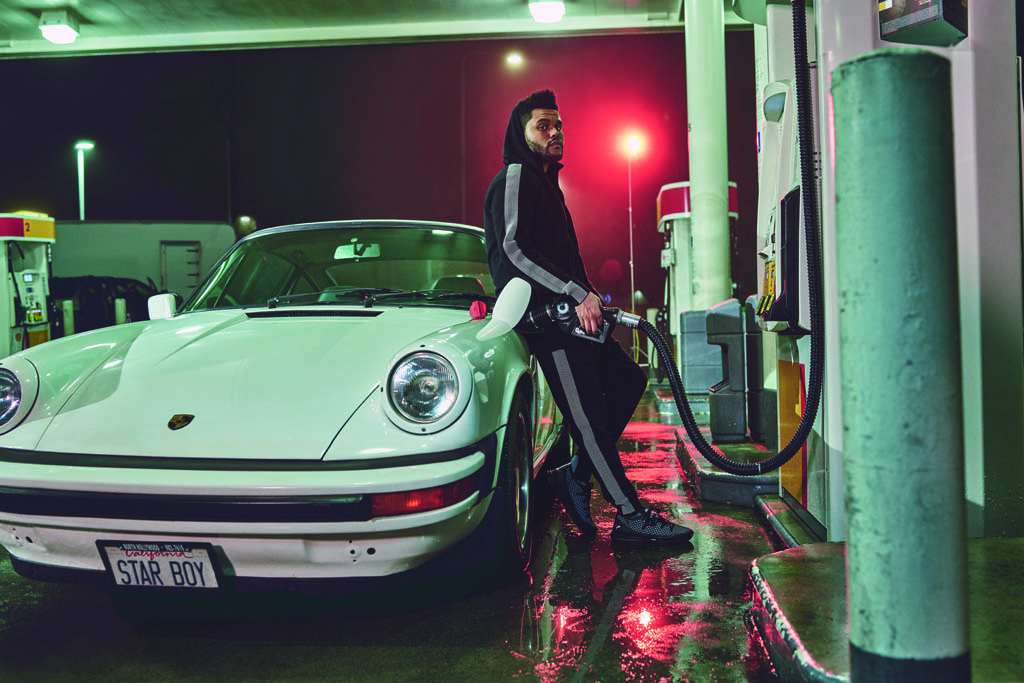 ADVERTISEMENT
Time to Formally Meet Travis Barker’s Three Kids (and Kourtney Kardashian’s Stepkids!)
Johnny Depp and Kate Moss: Inside their relationship - then and now - ahead of trial appearance
11 Crazy Facts about Life That Will Blow Your Mind
6 Expert Tips on Getting Sun Without Aging Yourself
If You're Over 50, Sleeping in This Position Is Aging You, Experts Warn
How Much Did Kourtney Kardashian and Travis Barker's Wedding Cost? Here's an Estimate